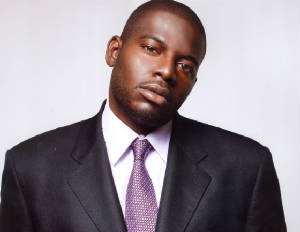 Williams hopes that his "Guns for Greatness" buyback program will put a dent in gun violence, and aims to reward weapon holders with tickets to some of the summer's biggest concerts.
"A lot of these kids are going to want to get into music," Williams told the New York Daily News over the weekend. "It's about galvanizing the Hip-Hop community to help and use our influence to make it happen."

Having managed the likes of Outkast, Cee Lo Green, Nas, and more, Williams will rely partially on his Rolodex to make "Guns for Greatness" a success. Pinpointing males ages 16 to 37, he's hoping that tickets to shows like Jay-Z & Justin Timberlake's "Legends of Summer," Beyoncé's "The Mrs. Carter Show," and Alicia Keys' "Girl On Fire" tour, will offer enough incentive to get people to turn in their guns.

According to a press release sent on Williams' behalf, "Gun for Greatness" is the first private sector buyback program of its kind in New York City. Similar programs have failed to reach the age group of those directly impacted by gun violence, which Williams is working to change.

The kickoff buyback event will be held this Saturday (March 30) at Brooklyn's Christian Cultural Center, from 10 a.m. to 4 p.m.