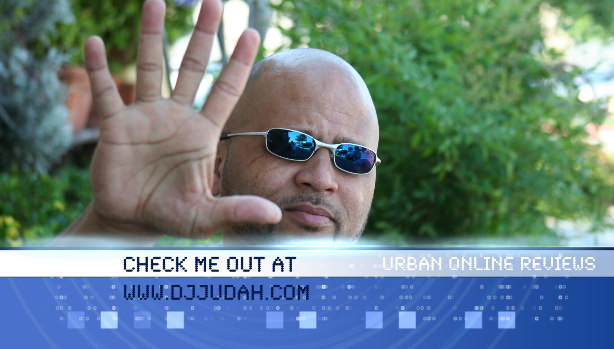 I must admit when GM contacted me do review the new Chevy Traverse, I was not expecting much. After all, I own a Suburban and usually drive a BMW for pleasure rides. After reading that the Traverse was designed and targeted towards the soccer mom demographics - my expectations were that the Traverse would be nothing more than a glorified mini-van. I don't know about you - but I've never given much thought to people who design my favorite car; but I do know that I do not identify with the moms-in-a-cape crowd at all! I've seen the commercial with Mary J Blidge, and I've heard how much she complains about men in her music!

After a lunch meeting with the nice GM reps who explained the virtues of this new vehicle, they left me with the parting words "It's a cross between a minivan and a SUV."

Turns out all of my concerns were premature and they quickly evaporated up and away through the dual sunroofs of the Traverse! That's right – the Traverse delivered to me was equipped with two sunroofs so that everyone in the vehicle can enjoy the sunshine! (Note to self - set up a conference call with Sanders/Wingo and the Roy Ayers!)

The first thing I noticed was the stance of the vehicle. It looked like a big Chevy Malibu. The 2008 Malibu turned my head the first time I saw it in an advertisement at DFW Airport. I thought it was a Maserati or a Alfa Romero. Something foreign and fly - but definitely not a Chevy bound for an Enterprise Rental parking lot.

The next thing that caught my eye - the bling! The Traverse was sitting on dubs ya'll! The vehicle before me was not even close to that "I-am-middle-aged-and-I-have-lost-my-cool" vehicle I vowed to never drive. The Traverse had me giggling like school-girls during their first sleep over. A team of soccer moms designed THIS?

I of course expected leather seats, a navigation system and satellite radio to be included as standard options. What I did not expect, however, was a compartment near the gearshift that was about a foot deep. It was big enough to hold a huge purse, 20 DVDs or any large number of items needed for long family road trips. I was tempted to put some ice in it and use it like a cooler! I knick-named this compartment "the purse." It was clear sign to me the Traverse was designed by people who carried lots of stuff around. Appealing to the nerd in me, the built-in 110 volt plug really had me geeked up. A real plug for my laptop? I mean, I keep a converter with me at all times, but a built in plug? Pure genius!

Later that evening, the family started loading up for our annual Thanksgiving road trip. Click. And with just the push of a button - swooooooosh - the back door automatically opens allowing me to gain big time cool points with the family by not having to juggle anything I was carrying, while trying to simultaneously navigate a lock and key system. Getting the family into the Traverse was equally smooth, even for the back row. The middle captain chairs slide back and forth. It takes some serious skill and flexibility to get in the back of my Suburban. In fact, my son likes to pretend he's jumping the pile in a football game when getting into the back.

I have driven cars with the parking sensor that lets you know if you are getting too close to the car behind you. But, I still was not ready for the reverse sensor with a full motion camera. Looking forward and going backwards does ake some getting used to, but it's a great feature. Five minutes after we were on our way, the kids pop in a DVD, standard family trip modus operandi. The part we didn't expect - we did not have to listen to the movie up front because the Traverse came with wireless headsets that actually worked!

Okay, it's at this point I am starting to think a team of women should design every new vehicle! In fact, I would venture that had soccer moms been in charge in Detroit all along - we wouldn't be in the auto boondoggle we are currently facing. But I digress.

Although I knew where we were going, I was still anxious to try out the OnStar Navigation feature. One of the issues I have with most GPS navigation systems is that you have to possess the dexterity of a DJ to enter a destination and keep you vehicle on the road. I've had more than one close call while entering an address in, and I am normally too pressed for time to pull over. With the OnStar Navigation feature, click, and with just the push of another button, I'm holding a conversation with a live OnStar operator. I told her, "There's got to be a McDonald's around here somewhere!" In less time than that it takes to upsize your order , turn-by-turn directions to the nearest Mickey Dee's was pushed to my on-board system. This feature is a Godsend for people who are directionally-challenged, like my wife, for instance. Since we moved to Dallas, I have had to serve as her personal navigation system. (Not that I'm complaining...mmmmmuah...love you honey!) With the Traverse's OnStar Navigation System and the push of a button, she can easily make her way to the nearest grocery store or mall. She said with a navigation system that easy to use, she would be willing to "get out and explore the city a lot more."

There were only a couple of dings I would give the Traverse. First, I wish it came with a bigger gas tank. At 22 gallons I have to stop too often for gas. I would have liked a 30 gallon tank. And second, I was disappointed with the craftsmanship (or lack there-of) of the handles used to slide the middle seats. They were a bit flimsy and would not last a good six months with my kids.

For the Click and Clack fans out there - I could talk about the engine, the pick up speed, the visibility and the gas mileage, but that is not what impressed me the most. What impressed me about the Traverse is that it gives you all of the functionality and utility of a much larger vehicle, while still allowing you to hold on your to coolness, (real or imagined) by not having to drive a minivan, or resorting to a gas-guzzling Suburban.

With a daughter in high school and one in college, my kids have always enjoyed me picking them up from school because I am normally pushing a nice whip. Driving a Traverse off the lot, there are practically no upgrade modifications needed. It comes standard with a Bose speaker system, XM Radio, 20-inch rims, folding side view mirrors, reverse camera and an automatic trunk fob. With the Traverse, you can drive it to a gig, to the club - or even a PTA meeting - and you never have to lose your swag.