[THIS JUST IN!!] Apple accused of selling customers’ personal information! 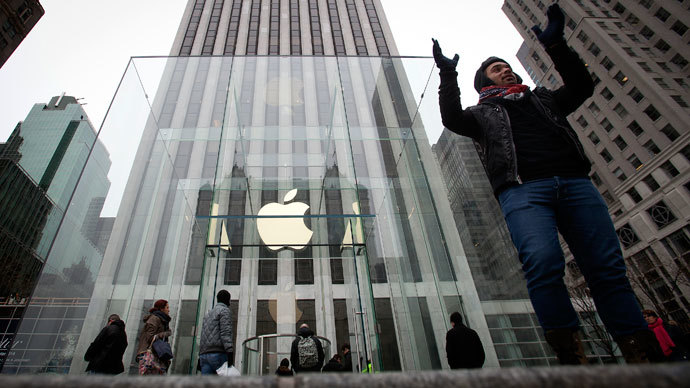 Apple has been hit with a hefty class action lawsuit courtesy of three men from Massachusetts who say the computer company illegally collected and then sold their customers’ personal information.

The lawsuit filed this week in the Boston office of Massachusetts District Court accuses Apple of compelling customers to provide their zip codes while making credit card purchases within at stores.

State law there prohibits all entities that accept credit cards from requiring users to submit any personal identification information, or PII, that’s not necessary in order for the transaction to be completed. Apple collected the zip codes of their customers in violation of this statute, the plaintiffs argue, and then sold that data to third-party companies for marketing purposes.

According to the lawsuit, plaintiffs Adam Christensen, Jeffrey Scolnick and William Farrell shopped for and purchased items from Apple retail stores in Massachusetts between 2012 and 2013.

“To consummate each purchase, plaintiffs elected to use their credit card as their chosen form of payment,” a copy of the suit obtained by the website Patently Apple alleges. “As a condition of using their credit cards, plaintiffs were required by Apple to enter personal identification information associated with the credit card, including their full and complete zip codes. Apple would not allow plaintiff to complete their purchases without supplying such information.”

“Apple is not required by credit card issuers to require this information from consumers,” the suit continues, suggesting that the computer company acquired that information in violation of state law.

Furthermore, the plaintiffs argue, Apple acknowledges openly on their website that they reserve the right to “make certain personal information available to strategic partners that work with Apple to provide products and services, or that help Apple market to customers.”

If the court agrees, Apple would be deemed responsible for committing what the state of Massachusetts considers an “unfair and deceptive trade practice.” The plaintiffs are asking for Apple to fork over $75 per violation, according to the Apple Insider website, as well as interest on those damages, litigation expenses, attorneys' fees and "such other and further relief as may be just and proper.” Apple would also be required to stop collecting PII across the state, of course.

Attorneys for the plaintiffs had previously contacted Apple, the website recalled, and attempted to settle outside of court. Now if the company is found to have crossed the line, as far as the court is concerned, then anyone who had to surrender their zip code while conducting business with Apple retailers in Massachusetts could ask for relief as well.

The latest news comes just days after the computer company settled a dispute with the United States Federal Trade Commission after customers claimed they were improperly charged for millions of dollars’ worth of mobile phone applications accidentally purchased through Apple’s iTunes stores. As part of that settlement, Apple agreed to refund its customers to the tune of about $32.5 million.