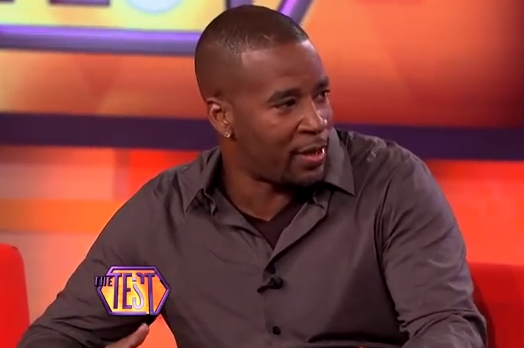 There’s a new show called “The Test” which features folks who want DNA, lie detector or drug testing. On a recent episode the show featured a guy named Jay. Jay reportedly has 33 children by 17 different women! Now upon reading this, most women would start questioning how in the world any woman got caught up with this guy in the first place. However, he is not what you think he is going to be. Take a look at Jay and some of his children’s mothers etc in the video below!

Now…let’s go back to what we said earlier about Jay not being what you would expect. He is not the kind of guy who would crip walk on Maury after finding out he was “not the father”. He was almost charming in the video..well before the first mother came out and showed off on him! But we digress.

The point is…he’s not a bad looking guy at all. And if he is in fact as charming as we think he is…and if women didn’t know about all of the kids and all of the kid’s mothers out there floating around…then we can see how he was able to repeat his pattern that many times. An unsuspecting woman wouldn’t have a clue that he had all that baggage…and would probably be flattered if he approached them to go out.

Do your homework people…there are plenty of things you can get over about a person…if you really want to. But 33 kids and 17 mothers…yeah…best of luck to you Jay.