I tell ya…karma is a b*tch!

A woman posted this video on YouTube explaining what went down….

“This happened to me on SR 41 in Tampa on Monday March 24th. This pathetic excuse for a human being tailgated me for about three minutes. After about a minute, and me shaking my head, I pulled out my phone and started recording. I couldn’t move over because there were trucks in the right lane, and I sure as heck wasn’t going to speed on a rainy day with the roads being as slick as they were. I was turning left in about a half-mile when this happened. Now bear in mind, that this guy had already passed a truck in a left turn lane, was tailgating and driving recklessly on a wet slick road, wasn’t paying attention, and all in all being an ignorant ass. Not once was I mouthing off, I never brake checked him, and in fact until I watched the video after the accident I didn’t even know he shot a bird at me because I wasn’t looking at him at all, I was paying attention to the road while holding the phone up with my right hand. I’ve recorded circumstances like this before, catching idiots doing stupid things, but never ever had this happen. 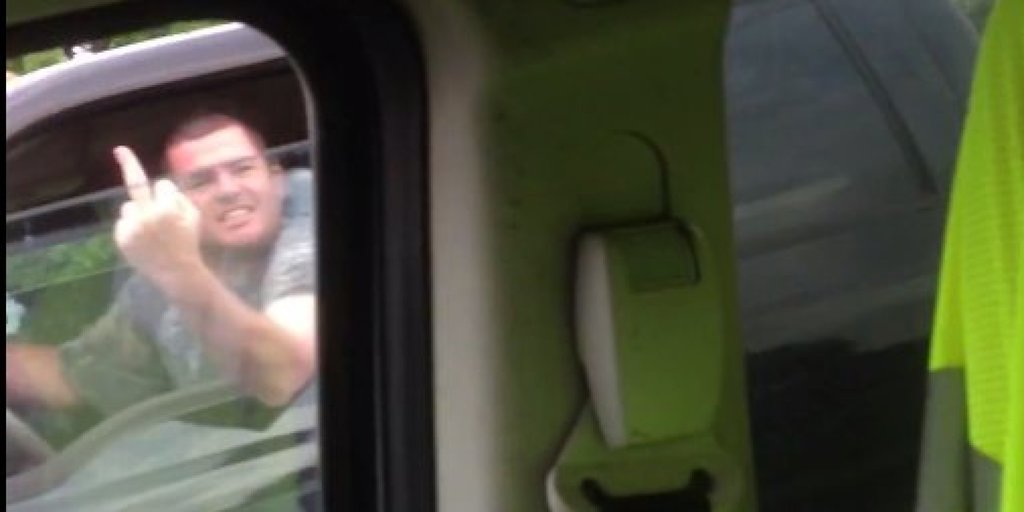 He initially fled the scene of the accident, but thanks to this video he has been caught and charged. Massive props to the Sheriffs Department and most especially the Highway Patrol who responded to the scene. This moron could have easily killed somebody with his moronic behavior, and my laughing at the end would have been replaced with tears. Needless to say though, I’ve never seen Karma come back so fast.”