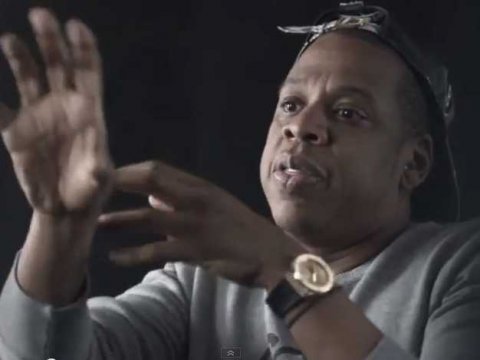 If you happened to be watching Game 5 of the NBA Finals on Sunday night, you may have noticed a strange--and somewhat lengthy--commercial spot featuring Jay-Z. The end of the ad featured Samsung's "The Next Big Thing" slogan, and sure enough, word has come of a partnership between the Galaxy S4 smartphone maker and the rap superstar.

Samsung has purchased one million advance copies of Jay-Z's upcoming album, Magna Carta Holy Grail, reports The Wall Street Journal. Reportedly, the electronics giant paid $5 a pop for the digital records, which Samsung plans to give away free to Galaxy users 72 hours prior to the album's official release on July 4.

According to WSJ, Samsung will distribute the albums through "an app" published later this month. Another likely option could see Samsung passing the music out via its Music Hub service, which now stands in direct competition with Apple's recently announced iTunes Radio.

One word for Jay Z "WINNER"

man, they givin APPLE the BLUES ...