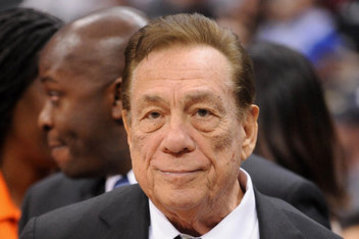 TMZ has audio of what appears to be Los Angeles Clippers owner Donald Sterling making some very racist comments.

The tape comes from a conversation between Sterling and his girlfriend in which the owner was apparently upset with an Instagram photo that showed her posing with Magic Johnson. Here are a few of the things he allegedly said to her:

“You can sleep with [black people]. You can bring them in, you can do whatever you want. The little I ask you is not to promote it on that … and not to bring them to my games.” “I’m just saying, in your lousy f—ing Instagrams, you don’t have to have yourself with, walking with black people.” “…Don’t put him [Magic] on an Instagram for the world to have to see so they have to call me. And don't bring him to my games.”

Sadly, this isn’t the first time Sterling has been accused of racism. In 2003, a lawsuit was brought against him for housing discrimination against minorities. The audio puts the Clippers in an obviously awkward position.

The team is set to continue its first-round playoff series tomorrow against the Golden State Warriors. According to Los Angeles Daily News sports columnist Vincent Bonsignore, the players held a meeting last night to discuss Sterling’s comments. Per Bonsignore, “there is tremendous anger among Clippers players.” Sterling has yet to respond to the allegations.