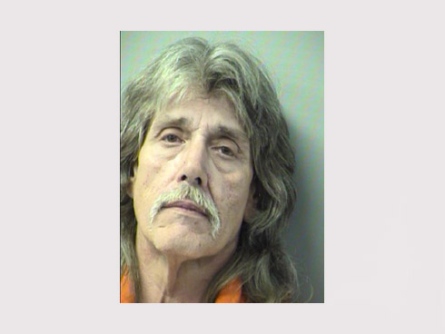 CRESTVIEW A 54-year-old man was arrested on Christmas Eve after allegedly taking “crack cocaine” into the Intensive Care Unit at North Okaloosa Medical Center to share with a patient there.

A fire broke out at 3:43 p.m. when the patient, who was on oxygen, tried to smoke the cocaine from a homemade smoking device, according to a media release from Crestview Police Department.

The only property damage was to the bed linen, hospital gown and oxygen mask, the release said.

The ICU are was not evacuated. “The potential was there for a lot of damage,” said Crestview Police Lt. Donald Fountain. “It could have been a lot worse.”

He noted that the other patients and the staff could have been injured had the fire not been extinguished so quickly.

The patient was transported to a burn unit as a result of burns he received, according to the release.

He allegedly led officers to where he’d hidden it in a bathroom after the fire.

He received minor injuries to his hands, but he was evaluated and taken to jail.

There is a possibility of additional charges, the release said.

The fire is being investigated by Crestview Police Department and the State Fire Marshal’s Office.

Cocaine is one hell of a drug