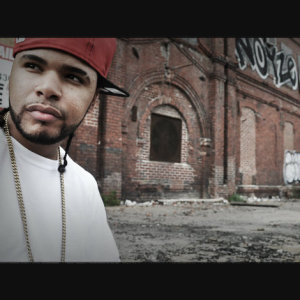 D Menace has not received any gifts yet

What's Your Title/Business (What do you do?)
Musician

New York City. 1987, A time of evolutionary impact throughout the urban community. It was a time when Hip hop was changing and groundbreaking artists like Boogie Down Productions and Eric B. and Rakim burst onto the scene with original and fresh new sounds. Many called it the golden era of the genre and ironically another star was born that year. Born Dennis Daniel Deleon in the Washington Heights section of Manhattan to Dominican parents D-Menace was set for a very influential upbringing. From the sounds of Bob Marley playing through Harlem streets to Spanish music every Saturday while his mother cleaned the house, music has always played a big role in his life. Heavily influenced by the 90's Hip Hop and R&B scene from Mary j. Blige's "What's the 411" to Puff daddy and the family's "No way out", Nas's "illmatic" was the 1st album in his possession. The 1st CD he ever purchased was R.Kelly's "Can't sleep" Cd single in 1993 at age 6 at a corner record shop. Writing his 1st song at age 10 and participating in various talent shows in school even his teacher's knew there was something special about Dennis. "Battlerapping" in the school cafeteria and being many times the center of attention sometimes got him into trouble. Spending saturdays in detention for writing songs in class and being very outspoken they began calling him a menace. His music is the representation of all this growing up. With the ability to capture audiences throughout every performance and selling over 1,000 copies of his Cd "Hoodriddim" independently it's no surprise an artist so talented was born during the "golden age". Many compare his hunger and potential for that of a young Jay-z. With hard hitting rhymes and club knocking tracks such as "Dj play my song" to captivate the dance floor. His drive to succeed have brought him to share the stage with some of today's hottest musicians and on growing fans will agree he simply is one of a kind and a breath of fresh air. In this industry people come and go, but ever so often something different happens an artist has the ability to captivate our ear's for 3 minutes of a song and somehow we know the game will never be the same again. Many will strongly agree D-Menace is the future of Hip hop and he has the ability to make a name for himself for a long time. After all for this eager musician it is only the beginning.

Welcome to the site!

Hope your new year is off to a bangin start!