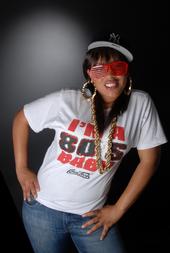 NEW LADY LUCK MUSIK has not received any gifts yet

What is your PURPOSE for JOINING the CORE DJ RADIO NETWORK?
NETWORKING WITH MY DJ FAM Lady Luck's life is the perfect metaphor for hip-hop. Having signed a record deal at a young age, getting side tracked and finding her path once again, she has experienced both the successes and struggles of life and emerged victorious. From fierce battles that boast her prowess to thoughtfully conveying her deepest sentiments, she is already finding renewed success in the rap game, expressing an honest glimpse into the experience of being a young woman in present day. Using her music as a vehicle to represent her life, she flips her flow back and forth, fast and slow, punchy and smooth, effortlessly riding the beat and creating a diverse and unique sound.

Born in 1984, Lady Luck was closely linked to the music business growing up. Her mother was instrumental in breaking the first hip-hop record "Rappers Delight" as a radio promoter with Sugar Hill Records and her stepfather was a rapper signed to the label. At 5 years old, she expressed an interest in rapping; her mother wrote a rhyme, which she memorized and performed for anyone who would stay long enough to watch. From that moment on, Lady Luck knew her calling.

Due to challenging personal circumstances, her family moved around often in New Jersey. She used her music to anchor her to each location, honing her performance skills in talent shows from grade 2 through high school. She won 1st place in a local talent show at age 13, despite being so nervous that she performed with her eyes closed and sunglasses on. This victory only fueled her desire to succeed.

Her family landed in Teaneck, NJ when she was 16 years old. She found a second home at the barbershop in her neighborhood, where she met and had the opportunity to perform for some of the most well-known rappers of the time, including Fat Joe, Lil' Cease and Lil' Kim. She had already recorded a demo and with their encouragement, her manager began shopping it to the major labels. However, no one seemed interested.

One day, while listening to Hot97, she decided to call in to their freestyle battle segment 'Check the Rhyme.' She won five consecutive rounds was invited to the station to perform live on-air. The response to her performance was overwhelming- fielding interest from Universal, Rocafella, Def Jam and Bad Boy, a bidding war seemed imminent. However, Def Jam cut off the other labels when they released a statement announcing her signing to the label, prior to her agreement. In turn, they showered her with gifts and offered a lucrative deal, convincing her to contract with them.

Originally, Def Jam tried to link Lady Luck with Eric Sermon's Def Squad, seeing that the crew was also from New Jersey, but their styles didn't mesh. She met her manager, Ellis, who also managed Redman, and signed with him, but due to obligations to his more established clients, she was not his priority. Having never been assigned an A&R at the label, Lady Luck was left to mold her raw talent on her own- image, marketing efforts and sound. Already struggling to make sense of the whirlwind her life had become, she was overwhelmed- one week rapping with her high school buddies in the cafeteria, the next in the studio with Jay Z.

Although Def Jam had put her own album on the backburner, Lady Luck recorded songs with Method Man, Redman, Missy Elliot, Lil' Mo and Coffee Brown, as well as guest appearances on a Pharaoh Monch remix, the Professional 2 soundtrack and two Funk master Flex mix tape albums. Def Jam, at a loss of how to reconcile her harder sound with the softer image of a woman, toned down her femininity, dressing her in baseball caps, baggy shirts and jerseys; Lady Luck had something sexier in mind. After three years of being pushed aside and feeling misunderstood by the label, she asked the company's president to release her from her contract.

Only 20 years old, Lady Luck decided to take a break from rapping and got her hands dirty in the streets. After all the years of making hard gangsta' rap, she finally began to believe that the stories were true. However, she never strayed to far from the music business and continued to write for a small production company. Around the same time, she met her future business partner, Mike Oils, and while he tried to keep her focused on harnessing her talent, she acquiesced to the streets. When the owners of the production company stiffed her on her payments, she handled matters a little more aggressively, taking some friends and showing up at their office. In turn, she got slapped with a slew of felony charges and was facing a possible 10 years in jail.

By an act of God, she did only three months on a three year plea bargain. She used the time in jail to get back on track and focused - the day she was released, she recorded her first mix tape. With her partner's help, the two sold 5,000 copies on the streets. In the next two years, she released an additional three, selling over 20,000 units on the streets, in clubs and small record stores.

However, her real re-introduction to the industry came in the form of Fight Klub, a series of exclusive, underground MC battles. Lady Luck battled Remy Martin twice, but despite a close count, was deemed to have lost. However, the disagreement surrounding the close count and her lyrical prowess were enough to create a new buzz on the streets. In turn, she released a new mix tape- "Lady Luck vs. Remy Martin: let the streets decide" and leveraged the on-going arguments to increase her growing fan base.

With her new company, Major Hustle, she is developing a suite of up and coming recording artists and producers and giving them the support and development that she didn't have available in her younger years. In addition, Lady Luck herself is strongly positioned for a return- having honed her skills and found her voice; she is the talk of the streets. Standing on the edge of a media blitz, between the massive circulation of her mix tapes and white label vinyl, the impending release of The Fight Klub DVD (prominently featuring her battle with Remy Martin), the launch of her websites and an unofficial club tour across the country, Lady Luck is optimistic about the future. "I love my life," she explains. "Every female rapper is a star, but Lady Luck is the sun- they won't shine in my presence."
CATCH ME ON THESE SITES TOO!!!!!!!!!!!!!!!!1

ALSO CHECK ME AT: 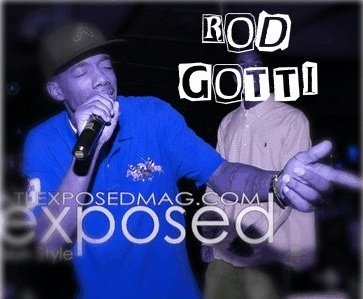 Singutter said…
What's HOOD ya mean, How U be ? Your Boy Singutter