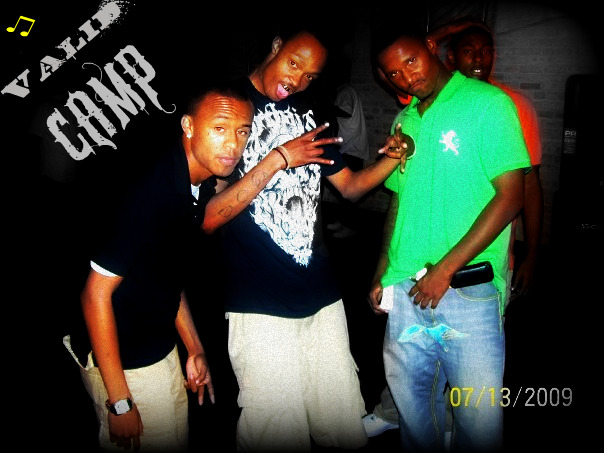 AYE!!! CHECK US OUTVALID CAMPWE ARE MADE UP OF 4 ARTISTWE SING/ RAP/ DANCE/ AND PRODUCEWE ARE BECOMING A NAME IN MILWAUKEE, BUT ARE ALREADY WORKING WITH OUTTA STATE PRODUCERS AND DJ'SENOUGH TALK…Continue

Valid Camp has not received any gifts yet

What is your PURPOSE for JOINING the CORE DJ RADIO NETWORK?
We are unsigned artist with hot music

((LIL QUAKE)) (Lil Quake) born as Andre Scaife has been rapping since he was 16 years old. In a big city in da midwest called Milwaukee. He origionally was born in Racine, WI but moved to Milwaukee when he was only three years of age. Lil Quake has been changing schools every year of his high schools. I was told that he like meeting new people in his mind it is always a way of networking. Lil Quake has a new voice on this rap biz that is unlike anybody's out there. He first got his start off in a rap group at Nicolet High School called C.I.T.Y which was starting to make noise. Though there came complications with him and the group due to professional confusion. So he decided it would be smart business wise to leave the group and go single. Now Lil Quake is steady hustln, writing, acting, and recording to put his sound and voice out there. Now he is currently the CEO of his label 2Valid Ent. which has big plans for the future!! Now he decided to join a group called VALID CAMP formed by (Young Zo, Penny, and Lil Quake). We are a group who makez that club music and that traffic music!! We already have one hit called "Jackin" and we are working towardz having are street debut album out by summer!! also aving a music video to go with are soon to be nationwide hit "Throwin Money" HEy A few of my words to speak: Real talk Im the future at only 19 I know how to put tracks together that people will actually want to play. I am the songwriter to all the hooks and the organization of each track. Its like I make the music that people will love to hear and actually play unlike most unsigned rappers. So right now im on collabos and gettin my name out even more and learning everyday.

((YOUNG ZO)) Born On the Eastside of Milwaukee WI on 02/22/1988 at 6"6 young zo is the underground prince of Milwaukee's urban music life. in 2003 young zo join a group called the kids in the streets who went gold in the steets of milwaukee with there hit "knocking Niggas Out Like Night Quil" who Gorilla Zoe of block ent produced in 2006 the group broke up due to members going to jail that left young zoe with more motivation to go out and do more. so in 2007 he was look passed by many such as: Reesco,Baby Drew and Ko Ko Kal. but on 03/22/08 he shock the steets with his hit single "Ride Clean" not only in milwaukee it was big hit but in Mississippi As well. but not even that one song is going to stoped from making more of them. so now Young Zo is looking for a home in the music life he has joined forces with another hard hiting rapper in milwaukee Name lil Quake and they are a package get one you get the other but please belive these boys are nurdes when it comes to club

((J LOVE)) THE SINGER (J LOVE) born in Milwaukee Wisconsin in 1988 is a multitalented man with his mind on the big picture in life.Born to a single mom who taught him that dont nothing come free in life you have to work for it and That being said ima go getta. In college rite not with a goal in my head of making it big...Zo..penny.....quake....and me are young an hungry for making good music.That is were we are all alike and because of that we will progress to bigger things...We bringing the heat .....period

ALSO CHECK OUT THIS VIDEO!!!


CHECK OUT OUR VIDEOS

Have a bangin holiday!