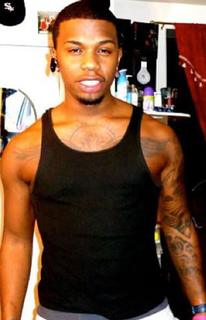 The loyalty of an iPhone user should never ben questioned, from this point forward. Tragically, one New York man was electrocuted, and then struck by a Subway train while trying to get his fallen gadget off the tracks.

Francisco Diego, aka Teck Trackz, was a 22-year-old DJ from the Bronx. He was killed Saturday (June 1), and finished off by a No. 2 train, at the he Wakefield-241St. stop, the last on its route.

After his iPhone fell, sources say Diego managed to get in between two train cars and onto the tracks. He was shocked to death after touching the third rail, followed by the train hitting his body as it pulled into the station.

Diego hosted parties at the Bronx nightclub Maximo's Place, one of which recently went down over Memorial Day Weekend.

Some were surprised that he would risk his life, for a phone. "He's not the type to jump into the subway to get it," said a 16-year-old friend. "He would just go et a new one. That's why this is so shocking."

Unfortunately, the weekend's incident wasn't the first time Diego made it onto the tracks. "He's done it before," his sister Nandy, said. "Which is why he tried to do it again. But this time it wasn't successful. I feel like my heart has been ripped out."

He was rushed to Jacobi Medical Center, but was unable to be revived.

A friend described Diego as "super friendly" and always had a smile on his face. His marked the second death by a No. 2 train over a 24-hour period.

Early Friday (May 31), a man died after being hit by a northbound train at the E. 174th station. The victim was reportedly pinned between the train and the platform.