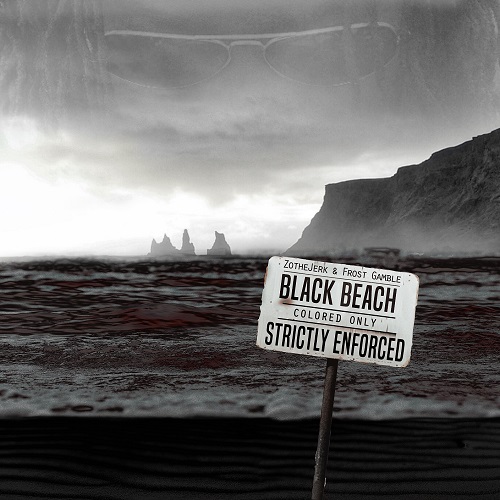 Growing up to the sounds of Motown and soul and witnessing the emergence of lyrical pioneers Tupac and Nas influenced Zo's approach to music and life.

As a young MC, he cut his teeth by perfoming around Detroit's formidable club circuit while releasing mixtapes. The subsequent formation of the group "Image, Music & Character" with long time associates Reag and Hash saw them extend their reach to audiences throughout the Midwest, and led to a pivotal moment in 2002.

Answering a casting call sent out locally for extras to appear in a new film "8 Mile", Zo and Reag appeared on set. Between takes, and with the legendary Proof in attendance, Reag proceeded to demolish opponents during impromptu battles. Such was the impression made, the D12 frontman signed the group to a distribution deal with his Ironfist label.

Proof's untimely passing and the increase in local drug related violence had a significant impact on the community, and none more so than for Zo. Now as a father devoted to a young family, the raising of his children in a secure environment became priority and with it came a re-location to Kansas and a three year musical hiatus.

Zo returned in 2008 with the album "The Jerk" incoporating a new creative vision. 'Hip Hop Soul Music', a style invoking "a synergy of hip hop fused with the spirit it represents" became his signature sound reinforced with the release of "The Jerk II" in 2011.

2014 would prove a landmark year. Having released the album "Live The Reality Show", he received the accolade "Humantarian of the Year" at the Kansas City Music Awards for mentoring roles in the community, before meeting Winnipeg based producer Frost Gamble for the first time. The two bonded immediately and worked on "Muscle Shoals", originally a soundtrack for a planned documentary on the life of soul legend Luther Ingram. From it came the track "Honey", selected by 22 Ent for inclusion in their "God Bless Dope Rappers" compilation (2016).

Zo and Frost returned to Detroit to begin work on the new album "Black Beach". In a coincidental link to his past, several of the recording sessions took place at Mr Porter's original studio where together with Proof the initial production work for Eminem's "Infinite" was completed.

With apparent symbiosis, Frost's understanding of Zo's mindset is reflected in the range of production styles while still managing to remain cohesive as one body of work. Straight bangers "Risk vs Reward" featuring Sadat-X and "My Negus" featuring Guilty Simpson are complimented by the soulful nuances of "Mother of My Child" and "Drunk Roses".

The themes of the album mirror the man and his life, passionate in addressing the issues which represent the current experience for "Black America". In "America Made Me", "Blaxploitation" and "Loyal Victims", he places the subjects of oppression, injustices and police brutality front and centre while by the same measure emphasising the importance of positive parental role models in "Keep Me Safe".

Slick production and additional features by KXNG Crooked (aka Crooked I), Boldy James and Young Bleed make this an intelligent and entertaining take on a fractious world, balancing anger and despair with a sense of hope and responsibility.

As Zo himself delineates : "It's the voice of a people who are tired and demand more, who ask what's next, it's the music of the current era……welcome to Black Beach"

TRACKLIST
(All tracks produced by Frost Gamble. "Keep Me Safe" co-produced by S.One)