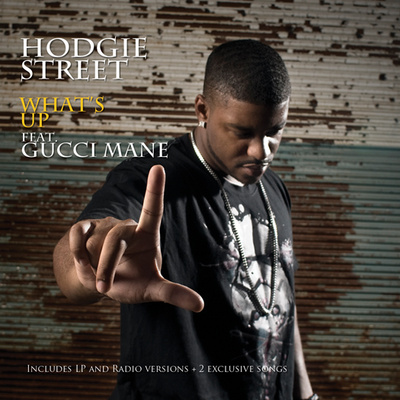 
Welcome to the next generation of Hip Hop!! Coming straight out of the Midwest, live from the Buckeye state, Hodgie Street!!!

Born in Lima, OH and residing in Columbus, OH, Hodgie has garnered respect from numerous outlets and has become a figure throughout the underground music scene. At the age of 23, Hodgie has gained the attention of different music industry heavy weights.

He has worked with major artists such as Ginuwine, Freeway, and Ray Cash, and linked with industry producers, B-Banga (producer of Cam'rons Suck It Or Not, and tracks for Gucci Mane, Lil Wayne and Juelz Santana), The Kick Drums (producer of MOB and 50 Cents When Death Becomes You, and Ray Cash’s “Smoking & Leanin” off his debut album, Cash On Delivery). He's also performed in venues across Ohio and throughout the U.S., opening venues for artists such as Lil Wayne, Gucci Mane and Rick Ross.

Building a great buzz in the unsigned realms of the hip-hop world and the entertainment community in general, Hodgie Street continues to raise the bar for what hip-hop enthusiasts worldwide will look to expect from the Midwest. His lyrical capabilities, show cased in his upcoming project “The Go In”, coupled with the buzz he’s currently generating is sure to be a treat for the listener who is fed up with todays mundane world of Hip hop.