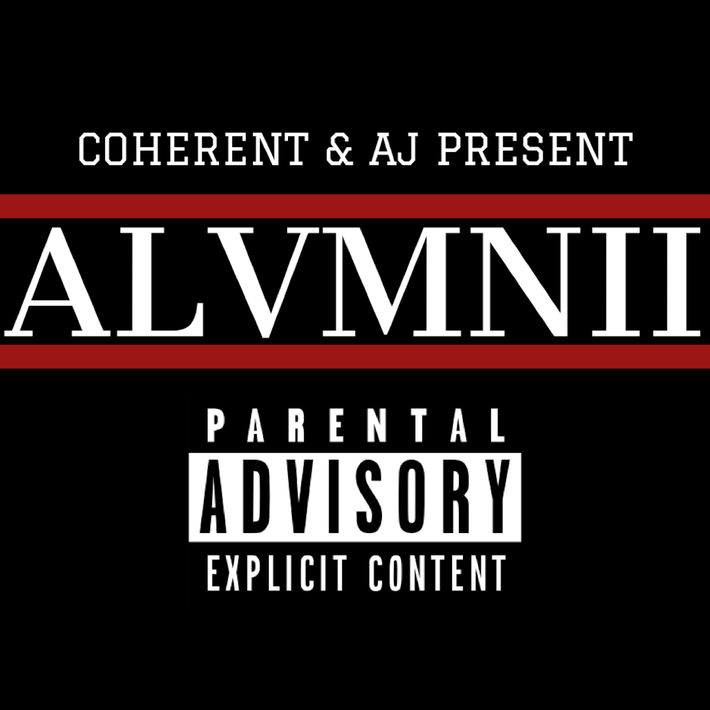 Who is ALVMNII?
ALVMNII is a hip-hop duo consisting of the emcees Coherent and AJ. Both developed their styles around the local underground scene in Las Vegas before meeting and creating together. Originally the duo started the hip-hop platform Rebel Underground Network, to spread Las Vegas Hip-Hop and the culture. The two soon started making music together, combining two raw emcee styles into a prolific lyrical duo.

What are your musical influences?
Both Coherent and AJ are inspired by a variety of hiphop artists and the culture itself. Both are inspired by the legends who paved the way, their conscious street messages, and the creativity of lyricism that allows them to expressive themselves. In particular, some emcees ALVMNII looks up to are Black Thought of The Roots, Tech N9Ne, Nas, Tupac, and a plethora of rappers from both the East and West coasts.

Where are you guys from?
Coherent grew up in Northern Maine, and moved to Las Vegas in 2014, where most of his music was created and published. AJ was born in Covina, California before moving to Las Vegas a young child. Both emcees have been rapping for 10+ years, really pursuing music since there teens.

What was the creation process like for you guys in creating your project?
This is ALVMNII's debut project, but as solo artists, the duo has been dropping music for years. Coherent has 3 albums under his belt, where AJ has several singles, contest entries, and has been opening for underground legends in Las Vegas the past couple years. What's new is the dynamic and energy they bring to the mic. Their styles are similar lyrically; wordplay, metaphors, and punchlines are both strengths of the duo. They approach their flow and lyrical content a bit differently, where AJ is influenced by the chopper-style, where Coherent is more a conscious/poet East coast emcee.

Tell us about where you guys orginated?
Both spent most of their music careers as solo artists, but that didn't hinder the creative process. Coherent and AJ really challenged each other lyrically and made each other better emcees through this association. Many hooks and verses were written together. Coherent has really taken the promotion and marketing details into his fold, where AJ was the executive producer of the album - mixing, mastering and producing many songs on the album.