My Interview With David Rush 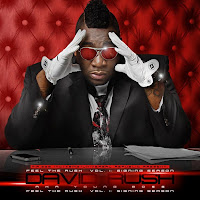 Below is my interview with David Rush. We talk about Young Boss' new name, "Go Girl," and David debuts his new single, "Shooting Star," which features Kevin Rudolf, Pitbull, and LMFAO. We also discuss David's life-threatening kidney disease, which forces him to be on dialysis 4 hours a day, 6 days a week. He talks about "Moon Music," and his mixtape, "Feel The Rush, Vol. 1: Signing Season."

In part two, I find out about David's inspiration, his career moves, and his determination to keep moving, despite his illness. We talk about Pitbull, and how David would like to be remembered. David offers advice for anyone who feels they are up against the odds.