My Interview With Frankie J 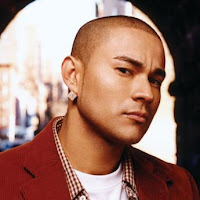 Below is my interview with Frankie J. We talk about his musical family, his early influences, and he debuts his new song, "If You Were My Girlfriend." We also discuss the delay in releasing his latest CD, his ability to reinvent himself, and his future plans.

In part two, Frankie tells us about his artistic influences, his favorite thing to do outside of music, the highlight of his career so far. I ask if there has been a point in his career when he was afraid it was over, and what he hopes to accomplish in his career.