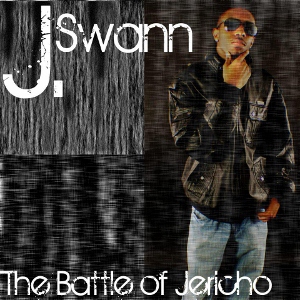 Influenced by artists like Jay Z, Nas, 2Pac, and
Eminem, J. Swann fell in love with hip hop/rap music when
he was just 10 years old. Now, after many years of writing
and creating a style all his own, the
Baltimore native recently released his debut album entitled,
"The Battle of Jericho"!
The album, which consists of 13 fresh tracks, includes Swann's recently
released hit singles, "So Official" and "I Miss The Game"! Listen to and buy your
copy of "The Battle of Jericho" on Amazon or Itunes TODAY or listen to songs
from the album and download them for FREE from
Reverbnation and Soundcloud!
Amazon ITunes
Reverbnation Soundcloud
Get familiar and find out more about J. Swann!
Use these links!
Email: Joshuaswann80@yahoo.com
Reverbnation
Facebook
Twitter
Facebook Fan Page