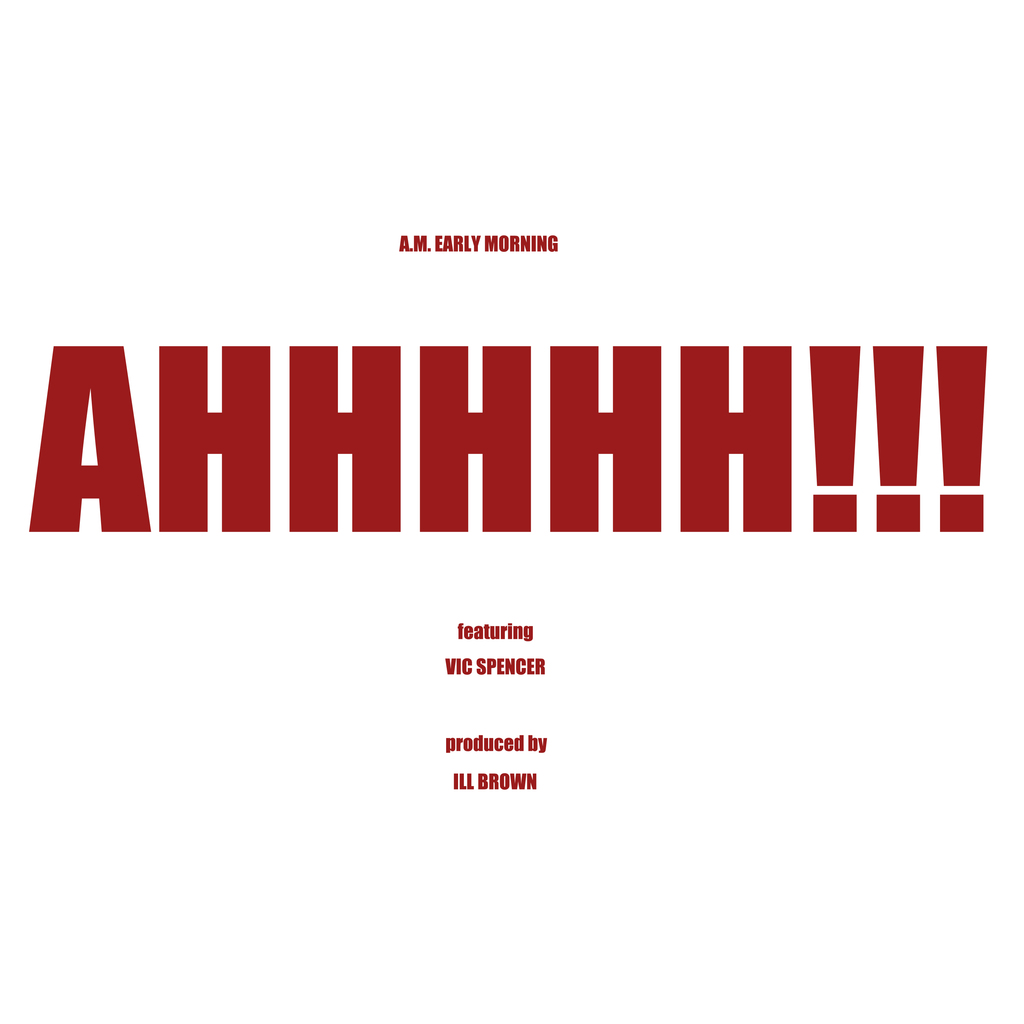 AHHHHHH! invites elements of classic hard hitting hip hop, soul and house all in one. A.M. Early Morning makes an attempt to mix nostalgia with a cutting edge tone. This audio provides listeners with an adrenaline rush such as mixtape Wayne, early Eminem or Jay-Z in the “22 Twos” era. Some ears have to warm up A.M. Early Morning’s voice. It’s occasionally modulated for effect not eccentricity. AHHHHH! provides listeners with ominous minor chords, open-ended quests and brass flares. A.M. puts his own spin on the verse while Vic Spencer calls himself the "Big Bad Wolf" adding hard hitting punch lines & metaphors to the track. Their chemistry on the song aligns perfectly, giving it the perfect elements of great lyrics, engaging content, short & sweet.