Rick Ross: Calm Down Before You End Up Like Biggie 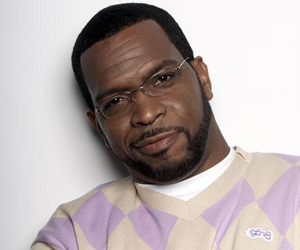 When it comes to Rick Ross and the recent drive-by shooting in which he was an intended target, it feels like everyone in hip-hop has an opinion.

Some took to YouTube, while others (like 50 Cent) tweeted to express their thoughts on the Maybach Music boss and his latest drama. And on Tuesday, Southern rap pioneer Uncle Luke took to the Miami New Times urging Rozay to proceed with caution.

"Trust me, you don't want to go out like Biggie Smalls or Tupac. It's time you squash your beefs," the former 2 Live Crew rapper wrote in his open letter.

On January 28, Ross and his girlfriend were driving near his Fort Lauderdale, Florida, home when he reportedly heard multiple gunshots causing him to swerve off the road and crash into a nearby building. The rapper's vehicle wasn't struck and he and his girlfriend walked away without serious injury. The suspects fled the scene, but since the incident there has been a ton of speculation about who would want to take the star rapper out.

In December Rozay canceled a number of his MMG tour dates after persistent online threats from a street organization known as the Gangster Disciples began to make headlines. The Teflon Don MC later brushed off the threats in a radio interview and insisted that the show cancellations had nothing to do with any gang activity. Ross has yet to comment on the January shootings, but many, including Luke, believe there is a direct connection between the attempt on his life and the GD beef.

"You have the Gangster Disciples breathing down your neck because you've named-dropped Larry Hoover, the gang's founder, in your music. Unlike the record and book publishing industries, these bad dudes don't understand the concept of public domain," Luke wrote. "They see you getting rich forever by rapping about their leader, and they don't like it. That's why they're on YouTube talking about how you need to go see them and cut a check."

On one hand, Luke's letter came from a place of concern, but he also expressed some criticism against Ross as well. Ever since it came to light that the "Hustlin' " rapper once worked as a corrections officer, the validity of his raps have come into question.

"All this gangster bullsh-- is jeopardizing your career," he scribed. "Hip-hop has a rich history of college guys who never committed a crime rapping about moving kilos of cocaine and taking out snitches.

Every gangster rapper takes on the role of a real hood legend to build up street cred. But I don't want you to fall into the trap of believing you are really a gangster."