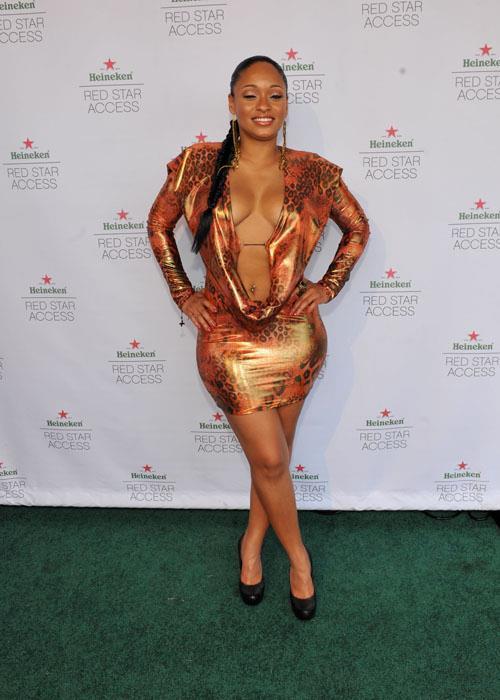 The definition of messy. The creator of ”Love and Hip Hop” Mona Scott Young might have some explaining to do. Reportedly she received a letter months back that detailed the alleged situation with the outspoken star Tahiry Jose, who plays the ex-girlfriend of Joe Budden on the show.

There may be MUCH more to the Tahiry saga. According to this exclusive letter, Tahiry is supposed to have Herpes and has been having UNPROTECTED sex with men including (Drake, Trey Songz, French Montana,Vado, Von Smith, Play from Play N Skillz and Drake) knowingly.

According to the letter Tahiry is supposedly dropping a documentary where she openly talks about her virus and her marriage to a wealthy man that she completely FAILED to mention… ever.

Below is the full letter that’s been forwarded to us here at GossipDaily and alleged proof of Tahiry’s marriage license. Let’s see what Mona Scott does with this:

You previously received an email about 4 months ago letting you know that a documentary was being produced about Tahiry Jose who is a cast member on your show (see below). You were advised to do your due diligence on her, to avoid any problems that may arise, you ignored that advise. I can now confirm what in detail will be in the documentary that will be in four parts. As we made you aware Mrs. Jose has an incurable STD (Herpes) and has been and is sleeping with men knowingly willfullyand intentionally without disclosing the disease she carries, exposing these gentlemen, to her disease. It has been confirmed that she has indeed passed this disease on to men who did not know her STD status. The documentary is comprised of 70 hrs. of video footage of Mrs. Jose talking candidly of her disease, the man she got it from (who is in the industry), the men she has been slept with, emails, texts, pictures, a copy of her prescription her medical records have also been obtained. Although her own commentary is quite good enough. She also discusses Emily B who apparently knows of her disease as she states in her commentary, Kim K, and Amber Rose all in a bad light. There is also a copy of her marriage license! Yes Tahiry is married. She married for money and was paid monthly.

A copy of her marriage license has been obtained. There are also 3 sex tapes of well-known entertainers who are engaged in sex with her unprotected. To name a few of the many she will mention Trey Songz, French Montana,Vado, Von Smith, Play from Play N Skillz and Drake who she actually has a heated argument with a female about how she is trying to get pregnant to have a come up… Shocking yes! Tahiry knowingly and willful exposure of this disease falls under the “Willful exposure” laws which typically apply only to persons who have intentionally affected others through unprotected vaginal or anal sexual activity. The accused person must know they have Herpes, (which she does) must have failed to tell their partner of their disease status. This is punishable by law and carries a prison term; Civil Action is also a remedy.

This brings you Mona Scottand VH1 into play. An Editorial will be written and published in numerous major publications and NY newspapers of how you and VH1 were informed (a copy of the email that was sent to you will be published too), and you still chose toignorethe possibility of what is still being perpetuated by her by simply doing your due diligence. You have given Tahiry Jose a platform which has enabled her to meet men she would of otherwise not have and exposed them to this disease which she has, all in furtherance since becoming a part of your cast. So you do hold some liability. Your responsibility was to protect the public. Yet you chose to have this type of woman idolized for your own financial benefit. Please take note there is one gentleman contemplating bringing a civil suit against Tahiry. That brings us to Joe Budden who through our investigative research also has the disease and has passed it on to young woman who have come forward. Tahiry speaks on Joe in the footage and confirms he does indeed have it also. So now you have a double edged sword. The piece onMona Scott and VH1 will also explain how the show is not actually a reality show and is indeed scripted for the scenes are actually set up and planned, with use of extras. Retakes are actually done of scenes that are planned out. Cast members like Mrs. Jose and others are on record for saying this. There is no reality in staged scenes! This is almost all of the scenes that you have shown and recorded. Even recently on the filming in DR. The show is actually perpetuating a fraud on the general public by claiming to be reality and civil action can be filed against MonaScott and VH1 this will also be published. You are once again put on notice. Any questions please feel free to respond via email.

All parties cc’d will receive a copy of the documentary also. This email is directed to Monami Ent. & VH1 and should serve as a Public Safety Announcement.

Concerning one of your new Cast Members for “Love & Hip Hop” Tahiry Jose. Who is considered a health risk in the urban industry as she carries a serious STD and has been involved with numerous athletes and well know international recording artists.
We are advising that in due time a video/documentary will be uploaded which will include commentary from her personally, as well as documented facts and video concerning her sexual exploits with numerous industry people with the malicious and deliberate intent in exposing these gentlemen to the disease that she carries without their knowledge or concern for their welfare or safe being.

All for the possible advancement of career or monetary opportunity. In so VH1 / Monami Ent., may be held liable if the act is continued, through the proposed show as a vehicle.
Her participation in the show will give her access to more possible future sexual partners unaware of the exposure to the virus she carries which continuously exposes innocent victims to a lifelong disease as she has already done!

As the above mentioned video will be released, more victims will surface and lawsuits are sure to come