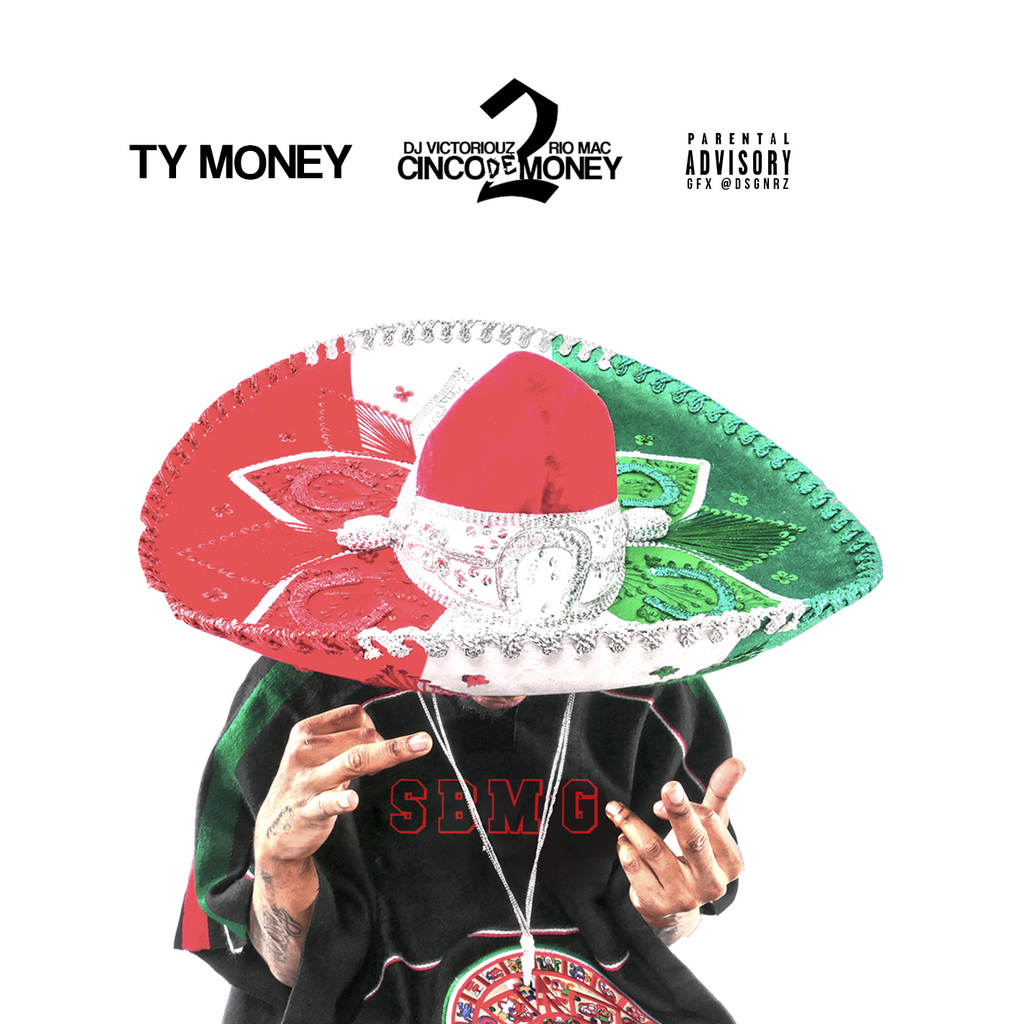 (Chicago, IL) According to the Chicago Reader, "Ty Money made one of the best rap records of the past year," and was featured number 36 in Rolling Stone's "40 Best Rap Albums of 2015." Ty Money is just warming up to the industry with his 2 most recent releases "Cinco De Money 2," "Hasta Luego" and major single "United Center."

Known for his clever punch lines, yet street smarts Ty Money paints great pictures in his lyrics with singles including "What They Taught Me," "Robber Pt. 2," and dope double meaning songs such as "Jessica." Hosted by DJ Victoriouz & Rio Mac, #CDM2 is a must listen, with TyMoney melodic flow from one song to the next. Rolling Stone describes "his real strength is a rap style in which conflicting moods of anxiety and confidence."

Cinco De Money 2 is structured as a "Body of Work," creating a full sound within the project. Production from Y.F. Beat, Rio Mac, YK808Mafia, Ramsay the Great and more, CDM2 looks to be a major stepping stone in his career.