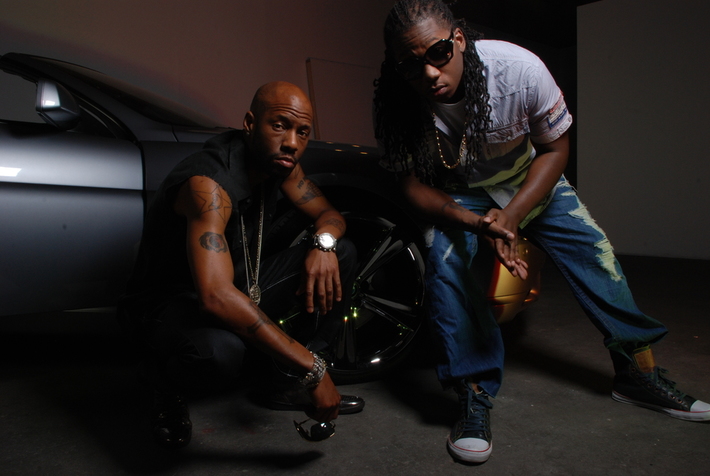 Art of Raw has not received any gifts yet

Give Art of Raw a Gift

Welcome to The Core DJ's Network! What is your Name? (PHOTO IS MANDATORY)
Got Those!

What is your PURPOSE for JOINING the CORE DJ RADIO NETWORK?
It's Time to Turn Up The Networking!

What's Your Title/Business (What do you do?)
Recording Artist

THE ART OF RAW

We know the staff of Mo’ Money Taxes knows taxes but if you check into their personal lives you’ll discover they also know music---especially hip hop. Their love for the genre surpasses a mere collection of favorite songs and transcends itself into a passion that includes writing and performing it. After years of keeping this talent out of the public eye, Mo’ Money Taxes Co-Founder Derrick Robinson, AKA D Rob, and tax franchise and barbershop Owner, EU (ee-you), have joined forces to create The Art of Raw. A group rooted in the classic style of hip hop with enough modern-day swagger to compete with anything on the market today. With an aggressive grassroots plan to market themselves, the duo will drop a mixtape followed by their debut album, The Rebirth of Hip Hop in early 2009.

“We are true connoisseurs of hip hop, and we recognize that music is no longer being produced the way it used to be. The industry is being over run by people who just want to make money and the product is suffering. The love for the music and the quality isn’t there,” says EU. “Well, we already have lucrative careers, so it’s not about the money. It’s about making good music that appeals to true lovers of hip hop---not just the masses,” he adds.

“The only way to truly understand classic hip hop is to be a product of that era. I want people to know that this isn’t something we just decided to do. I’ve been rapping since Sugar Hill was on the air. I’m no novice to this---I’m a master and the same is true of EU,” says D Rob. “We have been kicking around the idea of releasing an album for years, but it never seemed like the proper time. We were busy building an empire. Well, now the timing is perfect and people better get ready for the resurgence of real hip hop.”

D Rob and EU are both dynamic lyricists with a talent for telling stories that draw from everyday situations. Their vocals are skillfully placed over powerful, fast-paced, audibly pleasing, innovative tracks. Their inspiration comes from the life they live—drugs, guns and violence don’t exist in that world so don’t expect to hear rhymes about such nonsense. They embrace other subjects like motivation, love, erotica, working hard to achieve your goals, being real to yourself, and living the good life. With Mo’ Money Taxes being one of the fastest growing tax companies in the region, with over 80 locations in 10 states, they know how to have a good time and they know how to handle business. These native Memphians have entered into this project full force with the creation of a new sound studio and a slew of incredible producers who all have the common goal of reinventing the game.

D Rob and E U have no intention of quitting their day jobs. This addition to their repertoire should come as no surprise because the staff of Mo’ Money Taxes have had their ear to the streets since the beginning and the streets love hip hop. D Rob has also been working behind the scenes for years helping to produce other Memphis artists. The Art of Raw is merely fulfilling a dream that’s been in the making for over a decade ---when you’re the boss you can afford to cultivate your passion.

Tavia Jenkins said…
Hey! check my music out tell me what you think. myspace.com/taviajenkins.

Art of Raw said…
Eh Yo! Art of Raw in da building!