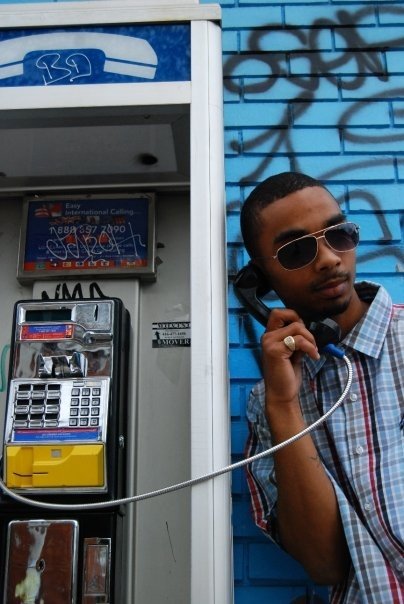 YOU CAN NOW JOIN QUIZ ON FACEBOOK & SHOW YOUR SUPPORT ....

Quiz has not received any gifts yet

Give Quiz a Gift

Welcome to The Core DJ's Network! What is your Name? (PHOTO IS MANDATORY)
YES I DO

What is your PURPOSE for JOINING the CORE DJ RADIO NETWORK?
TO NETWORK WITH ANY AND EVERYBODY TO GET MY MUSIC OUT THERE !

What's Your Title/Business (What do you do?)
ARTIST: QUIZ / ROYALTY ENTERTAINMENT / TORONTO ,CANADA

Quiz once said in a song, “I gotta chase dreams, ‘cause it’s mandatory” and this young entrepreneur has been chasing his dreams his entire life. The Scarborough born lyricist burst into the Canadian music industry and was making major moves before he even hit high school. Quiz made his debut appearance with indie label Red Haze Entertainment in 2000. He was featured on the labels top act, Essex Courts album “The Serum” which was a successful release and was well received in the hip-hop community. The following year Quiz released his first single, Standing Ground, Which was shown on 35mm film. The song became a big hit in Canada, with the video being picked up in heavy rotation on Much Music. Quiz also hosted the hit show Rap City for the making of the video.

With a major buzz growing, Quiz continued to build his name in the industry. At such a young age he was juggling school and the streets with his dreams of being a rap artist. Just months after being featured on "The Serum", Quiz and a couple label mates off of Red Haze Entertainment kicked off a one month high school tour in and around Windsor, Ontario & Detroit, Michigan. Quiz then made a startling appearance at the 2nd Annual Bone Beach Bash in Toronto, where the audience was in excess of 80,000. That year he also performed at the NXNE festival where the turnout was A huge success. Just months after, Quiz hit The C.N.E for the Toronto Urban Music Festival Presented by Word Magazine. Quiz then jumped on the “Ice Cold Tour” headlined by Canada’s own Juno award winning, Kardinal Offishall. To date Quiz has shared the stage with many Canadian and International super stars such as Kardinal Offishall, Jully Black, IRS, Con$cript, Michie Mee, Citizen Kane, JB, Ghetto Concept, Essex Court, IRS, Mya, Bounty Killer, Riot Squad, Slim from Boys II Men, King Turbo, and many more.

Gaining local fame and notoriety at such a young age, Quiz managed to finish High School and still concentrates on pursuing a career in music. Quiz has been featured on several mix tapes all over North America helping establish a loyal fan base for his smooth flow and intelligent word play. In 2009, Quiz and his long time producer and business partner Conscript, were featured on Rogers TV for a performance and interview. They performed their single “Chase Dreams” off of Conscript’s debut street album release “The High Grade” which Quiz was heavily featured on. Quiz threw a release party for the single later in the year at Seven Lounge Downtown Toronto where the turn out was estimated at 3000 people.

Now having grown up in the industry and still on the path of following his dreams, Quiz is more then ready to take the Hip Hop scene by storm. If you haven’t heard of this explosive talent yet; you soon will. With a growing fan base, Quiz is preparing to re capture his commercial success and do it bigger than ever.

JAE MODEL/ACT said…
what's da deal just comin back to show love.
how's everything doing?i'm about to start making some mixtapes so get at me if you are you kno someone who want to get on it.
stay hood 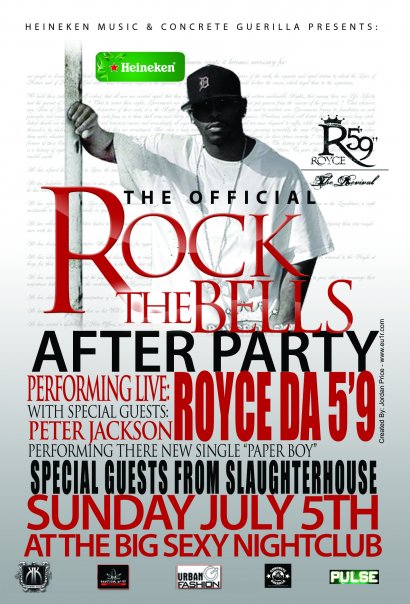 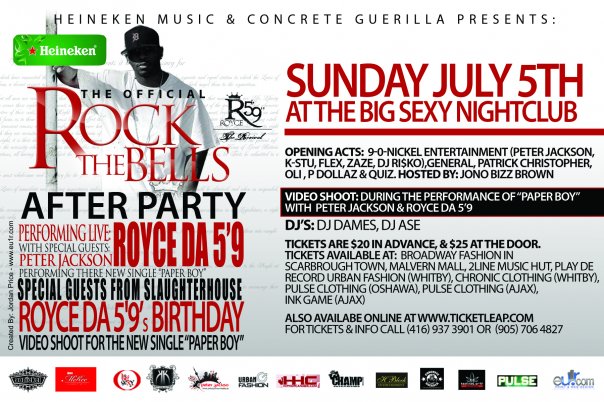 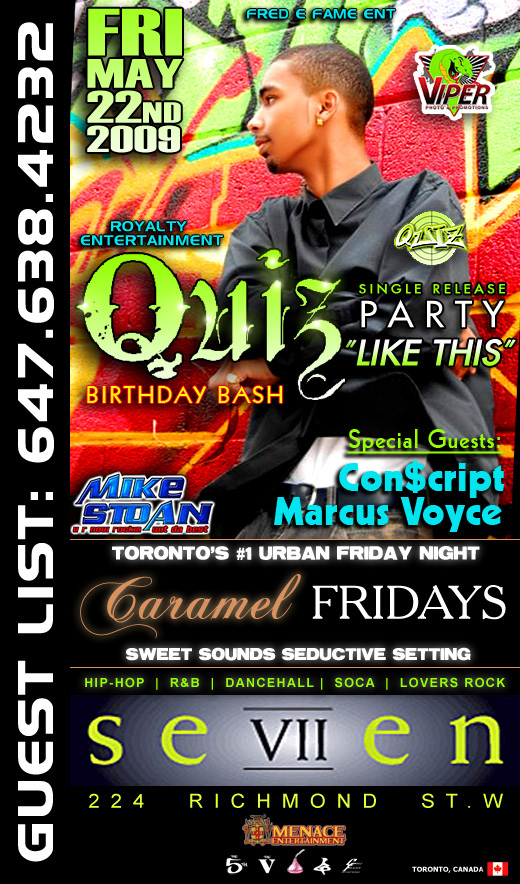 A L A N A said…
Hello there! Thank you for inviting me to be part of your circle. What are your plans? Do you have any upcoming projects? I would love to hear more.

Juleen Carnegie said…
hey,just returning the love.bless up. u can check me out on my myspace also www.my space.com/juleencarnegie

Models Thinking Green said…
Thanks for the friendship Quiz You Rock baby!!!

Irene Brautigam said…
Hello Quiz
I thank you very much for your friend request and I am honored to accept. Your profile, for such a young age, is very impressive and certainly shows talent. I am also very happy to hear that you have been successful with your career in Canada. What many musicians don't realize is that it is much more difficult to stand out in a crowd under a billion than it is to stand out in a crown of less than 40 million. This by no means displays your ultimate talent, but does display that when the waters are full, some need to parish.

I will leave you with this one thought...Do you think that God meant for us to ride the waves of life or just lay on the sand and complain about how hot the sun is?

I look forward to networking with you here in this group and wish you much success!
Irene