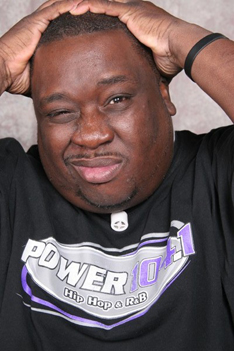 Showtime has not received any gifts yet

What is your PURPOSE for JOINING the CORE DJ RADIO NETWORK?
I'M A CORE DJ. I AM HERE TO NETWORK AND SHARE WITH PROMINENT AND UPCOMING DJ'S AND ARTISTS

What's Your Title/Business (What do you do?)
DJ /Imaging and Voiceover Talent

Many can boast about being a mix tape king and the #1 DJ, but how many can actually say that they’re a PIONEER? Enter the Legendary DJ Showtime.
In an industry where gimmicks and trends sell, Showtime has stuck to a formula that undoubtedly works and has served him well for over 2 decades. HARD WORK AND CONSISTENCY. Having over 5,000 venues done and millions of dedicated fans of his work, Showtime will strike you as the everyday guy next door… until the lights go low and the music starts to play. You will be taken on a ride that you will not want to get off of.
Early in his teens, Showtime began working as an opening DJ in Harlem, NY learning and perfecting his craft. By the time he reached his early 20's, he was already making an impact on the Hip Hop world as a prominent figure behind the turntables. Influences like Brucie Bee, Kid Capri, Love Bug Starski, Hollywood, and a host of others made Showtime a more focused DJ, realizing that the power to make crowds move and shake was phenomenal. It was at that point that Showtime started making mix tapes which helped promote his skills on the tables to the likes of Urban America. Showtime honed his skills to which he was able to gain residency in several Hip Hop clubs. He also was considered to be a part of NYC's first DJ clique, Hard Pack, which was founded by mix tape promoters, Rock and Will. The Hard Pack became one of the best known organizations in mix tape history, gaining national fame in The Source Magazine, Rap Pages and on MTV's Yo! MTV Raps, which was hosted by Fab 5 Freddy. The mid 90's were crucial for Showtime because this was the time in which major definition took place in his career. Showtime's mix tape sales were high in volume and that led him to become one of the most highly respected Mix Tape Dj's in his time. He is still remembered as one of the pioneers of the mix tape arena and recognized as one of the top club DJ's in New England. In 1997, Showtime became a Mix show DJ at WNEZ JAMZ 910 AM. His show, The Friday Night Thunderstorm, took the airwaves with an extreme and influential acceptance. During this time, his slot had the highest Arbitron ratings for a mix show in Connecticut (33.1 share). His career exploded on a commercial radio level. In 2000, Showtime was also awarded Urban Network's Mix show DJ of the Year 2000. In 2002 Showtime was named The Mix Show Power Summit’s most slept on DJ of the Year. Since then Showtime has been a mixer for various Urban Stations before making his home as Mix Show Coordinator and On Air Personality/Mixer on WPHH Power 104.1 Showtime is also a part of one of the most influential organizations of DJ's in the field of music today known as the CORE DJ'S. Now Showtime has taken on a new role with Connecticut’s own Kiss 95.7 Every Sunday Night from 6-10pm mixing the hits and the best music every weekend.

Send mixes and songs to midweekmassacre@heirtightcompany.com