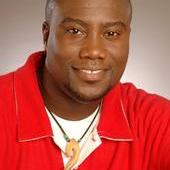 The Prince of Hype, J Chris has not received any gifts yet

What is your PURPOSE for JOINING the CORE DJ RADIO NETWORK?
It's the best DJ organization in the WORLD. And if you're not a CORE, you're nothing!

What's Your Title/Business (What do you do?)
Assistant Program Director, Production Director and Radio Personality for WTMP-AM and FM in Tampa Florida

Just to tell you a little about me, I got my start in radio as a junior in High School in 1994 from Gospel Radio Great in Savannah, Lester Leck White. After leaving for college in Atlanta and living in Jacksonville Florida, I came back to work for the same station, E-93 under the very wise Sam Nelson in 2001 as a morning show producer/personality for the Doug Banks Morning Show. During this time, I was taken under the wings of nationally syndicated radio personlaity, Doug Banks. In 2004, I moved to Macon Georgia to work for Blazin 92.3 under the great Commisioner, B. Paiz, as a night personality and production director. After one year in Macon, I moved back to Savannah to work again for E-93 in the same position when I left. I was let go by E-93 in February 2008(thanks) and in June 2008, I was hired by Qantum Communications-Myrtle Beach South Carolina as Program Director and Midday Personality for their HOT Urban AC format, WQSD-FM-Q107.1. After a little over a 7 month period at Qantum, the company decided to dissolve the station and move in another direction, but in April of 2009, I relocated to Straightway Radio LLC-Tampa Florida to become Asst. Program Director/Production Director/Radio Personality at the Urban AC station, WTMP AM 1150 and 96.1 FM. I attended Morris Brown College in Atlanta and majored in Music Industry. I am also an accomplished actor and singer. I have performed in many productions such as The Wiz(Scarecrow), Jesus Christ Superstar(Judas Iscariot), The Piano Lesson(Lymon), To Kill A Mockingbird(Tom Robinson), and GODSPELL(Stephen Jesus), just to name a few. I believe in giving back to the community, therefore I have a non-profit organization called The J Chris Foundation where I mentor young African American males(elementary and middle schools), to be real men. Believe me when I say that the Lord will make your enemies your footstool, and if I'm not mistaken the more enemies, the more footstools. The more footstools, the Higher you will go! "Thank you ENEMIES!!"

Kut said…
Thanks for the add! What's up in Tampa? Imma Tokyo based producer. I'm posting new beats when I make sumthing Come and peep my page pls!
From Japan
Kut

brianvianna said…
j chris check out my artis i like to get you records radio/club tracks thx brianvianna@ymail.com

Smokey said…
VLET ME KNOW IF U WANT A COPY OF THIS TRACK OR A DROP!!!

DJ SKERGE 1 said…
The retreat was great, It was great to see you and hang out with the Core Fam, cant wait to the next one , stay positive, and keep buildin bro