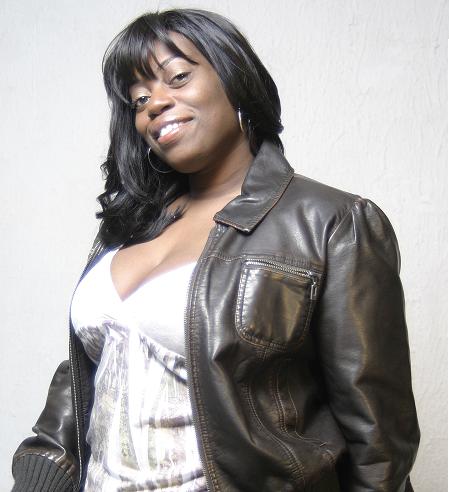 Im easy to spot/usually ill be a spot/drop heat on the spot/black top with "D" and some hops.

Ang13 has not received any gifts yet

Give Ang13 a Gift

What is your PURPOSE for JOINING the CORE DJ RADIO NETWORK?
requested to join

Angela "Ang13 (13)" Zone is a veteran in Hip-Hop. From the age of 13, when it all started for her, she has gone from break-dancer, to graffiti writer, to emcee / producer. 13 also knows her way around a pair of technique turntables so there is no aspect of Hip- Hop that she does not know. Music is her forte and where she reigns supreme. Over the years, she has received her training in the culture through practice and execution. 13 still keeps her hand in every aspect of Hip-Hop, but music is the area in which she is most creative

She's received accolades in magazines such as "The Source" being named one of the undergrounds "best kept secretes" and countless write-ups in The Chicago Tribune, ("Reigning Women in Hip- Hop", M. McCormick) "Midwest Rap Gap" Upski Wimsap, "Hip Hop for Hunger", D. Jakubiak), The Chicago Sun-Times, Caught in the Middle Magazine, Humble Quest, Route 2000, The Chicago Defender, The Reader, and Chi-Rock Magazine. She is one of the most respected icons in Mid West Hip Hop, dubbed a legend. Her music has graced such project as, The 2000 Census, Nike Mix CD, Sprite Mix Tape, Chicago Rocks, The 50 Man Cipher(Rec Center), Chicago vs. New York along with her own solo EP "Phat as Yo' Mama" which sold 7,000 in one month. Currently, 13's music is featured on the Jurassic 5 "Power in Numbers" DVD (Interscope), and her single "Oh No" is featured on Chali2na's (J5) "Fish Market Mix CD" (2004).She is 2007 Columbia College, Women and Gender fellowship recipient for the Wonda Woman Project Zero Tolerance Tour which took on the challenge to reconstruct the negative image of all women in the hip hop culture.


13 takes the direct approach in her lyrical subject matter. Growing up in the streets of Chicago, she has been able to speak the language of the streets with the intelligence of a scholar. Some of her early influences were MC's such as KRS one, Nas, Master Ace, Latifah, Rakim, and Lauren Hill. Studying these masterminds has given 13 the ability to speak to the masses. She has an East-Coast tough, innovative style though the West-Coast and over seas consumed majority of her solo EP. She nothing like the "average female mc" reciting rhymes about: designer brands, raunchy sex, and taking a man's money. Her lyrical content is more intelligent and up lifting without being preachy, with an edge. 13's play on words is so clever that she is able to reach consumers from the streets to Wall Street. She is considered to be one of the illest elements in the game

NEED NEW MUSIC? I HAVE IT FOR YOU.

JUST EMAIL ME AND REQUEST THE MP3.

ANY OF THE ABOVE IS GOOD FOR MY LIST