In the first episode of the SocketTalk Podcast, the guys invite a few special guests and speak on how to turn rejection into success.WATCH EVERY SATURDAY @ 7...
Thursday
0 Comments 0 Likes

(Louisville, KY) Hip Hop giant Drake has tapped Smoke E. Digglera to
contribute to his new album. On his much anticipated November 15th
sophomore release, Take Care, Drake recorded a song entitled Look What
You've Done. The song is a tribute to his mother who plays an important
role in the success of his career.
Drake uses the music from If U Scared, Say U Scared which is a song
written by Playa & produced by Smoke E.…

Black Music Month officially began in 1979 to honor the countless contributions African Americans have made to the world of music. African American singers, composers and musicians have all shaped the sound of music around the world. In honor of Black Music Month, KFC teamed with singer/songwriter Smoke E. Digglera to create Our Music is Love for KFC 360°. Visit http://www.mykfc360.com for more…
Continue 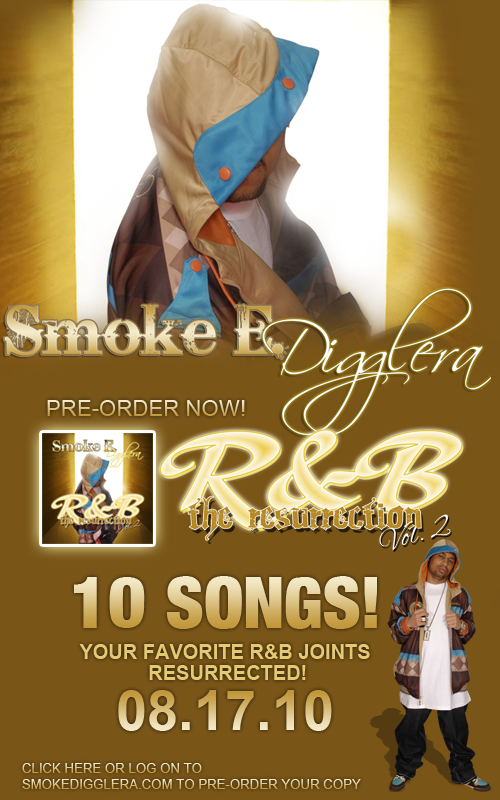 (click on the picture above to vote)
LET'S SHOW THEM WHO IS THE TRUTH IN THE BOOTH!
THANK YOU AGAIN FOR YOU TIME, SUPPORT & LOVE!