B.o.B. covers the Spring newsstand issue of 'The Hype Magazine' 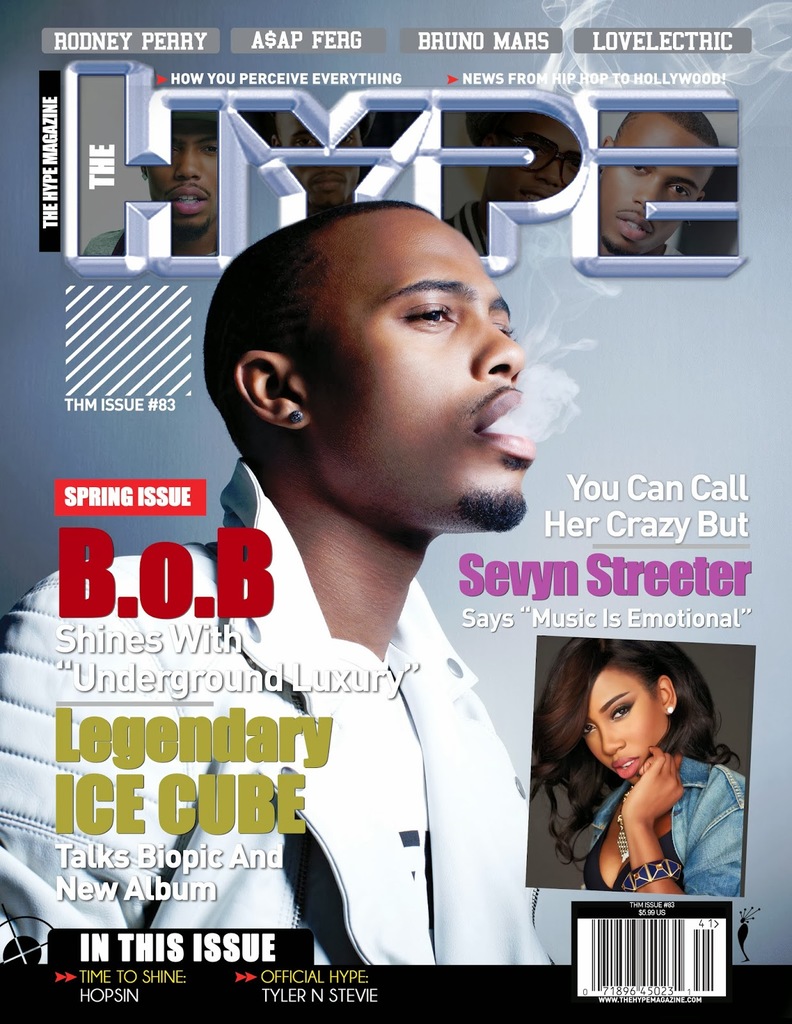 Billboard has praised the artist's new project saying, "The diverse 'Coastline' is highlighted by some of the rapper's best singing on record yet."  B.o.B. also recently appeared on the Arsenio Hall Show and Queen Latifah program, alongside LA-based songstress, Priscilla Renae who sings on the hit "John Doe" from the album.

Sharing the cover spotlight this issue is another Atlantic recording artist, Sevyn Streeter.  Ms. Streeter blasted onto the scene in 2013 when her single "It Wont Stop" Ft. Chris Brown from her debut EP "Call Me Crazy But…," hit the Top 15 on the Billboard charts in the first week of its release.

Also featured in the Spring issue, The Hype Magazine talks with the legendary Ice Cube about his new album "Everythang's Corrupt," his outlook on how his music has evolved and his movie with Kevin Hart "Ride Along."  Ice Cube also speaks his mind about the upcoming N.W.A biopic which has taken so long to develop.

About The Hype Magazine

After 11 years as the #1 digital magazine in the world, The Hype Magazine added print distribution to newsstands nationwide in November 2013. The Hype Magazine's ever growing readership relies on the outlet to provide trending, in-depth coverage of the entertainment industry, bringing them "News from Hip Hop to Hollywood" with uncompromising journalistic integrity.