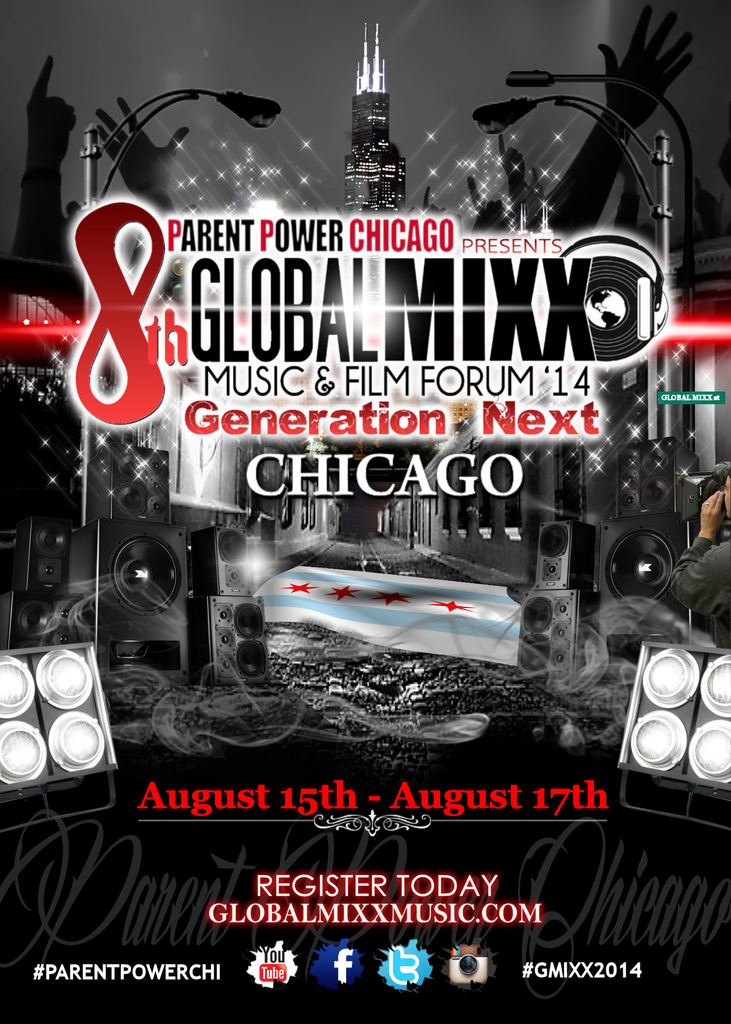 (Chicago, IL) Eight years has seen the annual Global Mixx Forum grow to add a Film component to its yearly event. This years Music and Film forum will be held in Chicago Aug 15-17th, 2014.

Global Mixx has been the highlight of the summer and the go-to entertainment industry conference among both local and national attendees in the business as regards the entertainment industry in Chicago, and this year will expand its reach into the film and television section.  With the advancement of technology, has come more opportunity for Indie Filmmakers, music supervisors, media buyers and on-screen hopefuls, to enter the realm of film and television. Attendees will engage with working professionals from within the industry.

ParentPowerChicago partners with the Global Mixx Music Forum for one of two levels dedicated to Parents and Youth learning more about the business and available resources within the music, creative media and marketing community.

A special Indie Music Showcase will wrap up the event.

We are currently accepting film submissions for the Film Forum Short Film Showcase. Deadline is July 22, 2014.

Music Submissions for the Indie Music showcase for the Music Forum is a 'paid only' entry process. Limited space provided for live performances.

To register and enter both showcases, visit: www.globalmixxmusic.com

ParentPowerChicago, Inc., is an independent, non-profit organization dedicated to helping parents help their children improve their learning skills, be successful in school and have a great future. We hope to inspire and support parents, engage and empower them to become more involved in their children’s education.

Access a wide range of support to help your child in school, from tutoring, homework help, on-line teaching, mentoring and more. If your child is interested in music and the arts, you can find a fabulous range of programs throughout Chicago. You can also find school options, available financial aid and scholarships. And if your child is planning for college, we can connect you to literally thousands of colleges, help you apply, find financial aid and more!

And, join our Power Parents. Parents like yourself who are dedicated to finding the best education for their children. You can share experiences, help organize events and more.