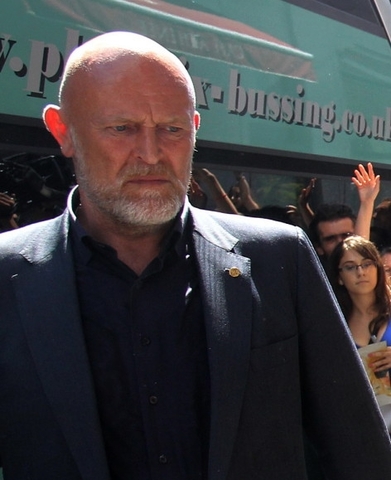 A bodyguard who's reportedly provided security for Jay Z, Rihanna, Beyoncé, and Lady Gaga died under bizarre circumstances shortly after Miami-Dade police used a Taser to subdue him. Huffington Post reports Norman Oosterbroek, 43, was discovered naked inside of the house of one of his Pinecrest neighbors around 10:45 p.m. on Monday. According to authorities, Christiane Jung heard noises in the house. A violent fight between the invader and her husband Markus followed.

When police arrived, Oosterbroek allegedly physically resisted arrest. At some point he was seen ingesting an "unknown substance" which is thought to have been some sort of drug, although autopsy and toxicology reports are yet to be released. While tussling with cops, thereportedly 6-foot-10 man was Tased, then transported by Fire Rescue to a nearby hospital. He was pronounced dead therein.

It was NBC Miami who shed light on Oosterbroek's profession, revealing that he is the owner of RAD Security, while a Variety article from 2011 says he was once the personal bodyguard of Nelson Mandela. It's unclear whether or not the man was still doing active duty or if he'd transitioned fully into an administrative role. The company's website lists offices in the Netherlands and New York. Other clients include Kanye West, Paris Hilton, Kelly Rowland, LA Reid, T.I., and Tyga.

Something is up with this... Did the husband come home and catch him in the house. Why was he in the neighbors home naked?... #JustSaying...

Them drugs ... that's that same shit that happened at my crib