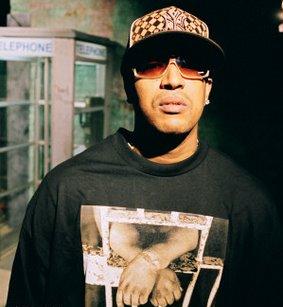 "I don't think its terribly unjust," Judge Hans Liljeberg of the 24th Judicial District Court said about 10:45 a.m., in ordering Miller back to jail. Miller could still get out of jail before the trial, but only if he paid additional bond money.

Liljeberg this morning increased Miller's bond to $1 million. Miller, 38, is set to be tried beginning April 20 on a charge of second-degree murder in the Jan. 12, 2002 death of Steve Thomas, 16, who was shot in a nightclub in Harvey.

Miller was released into the house arrest program in March 2006, as a condition of a $500,000 bond set up a previous judge, Martha Sassone, who left the bench Dec. 31.

Liljeberg removed Miller from house arrest on grounds that the monitoring equipment in his Kenner residence alerted authorities early Monday he had left.

The equipment showed Miller was out of range from 3:09 a.m. to 3:17 a.m. Police arrested Miller shortly before noon Monday.

Miller, his girlfriend and three family members all testified this morning that he was sleeping.