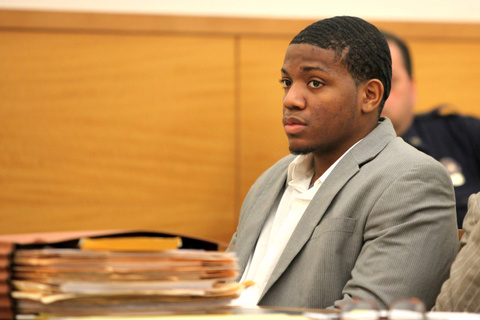 He was shot to death during a senseless clash over a hair weave.

It started when a young Brooklyn man was locked in a furious street brawl in August 2011 in which five women threw punches and a bottle, a prosecutor charged Thursday. “If it was not such a tragic incident, we would probably laugh about it because it’s so pathetic,” Assistant District Attorney Edward Purce told the jury in his opening argument.

Shawn Williams, the boyfriend of one combatant, was shot in the back “because two groups of young women were fighting about a hair weave,” the prosecutor said in Brooklyn Supreme Court. The senseless shooting on a sunny summer day began as three teens walked along a shopping strip in Crown Heights, authorities charged.

Things took a turn for the worse when the conversation turned to hair extensions, according to the dead man’s sister. Tiara Haynes recalled one of the trio making a catty crack, “My boyfriend wouldn’t let me walk out of the house looking like that.” Sheniqua Cunningham, who was walking a few steps ahead of the trio with boyfriend Williams, believed the slight was aimed at her — and took offense.

“She didn’t look as glamorous, I guess, so she thought they were making fun of her,” Haynes said outside court. All hell quickly broke loose, with the five women swapping punches. At one point, a bottle was thrown. “You have approximately five young ladies in combat,” said defense lawyer Gregory Watts, who insisted his client was not the shooter.

Williams stepped in as the peacemaker, and things calmed down until Shatasia Meggett summoned her boyfriend, Holder, lawyers said.
He arrived about the same time as another girl’s cousin, sparking a second round of violence that left Williams dying at the corner of Nostrand Ave. and Carroll St., authorities said. “It could have been over, as something stupid people were talking about,” Purce said.

But Holder “took this to another level,” the prosecutor argued. “He took it to a place where it was no longer something to joke about.” Leonard Saunders, 51, says he is confident prosecutors will get a conviction — some justice for his slain son.
“I’ve seen some of the videotape of what transpired,” he said. “I was wondering how the hell at around 3:40 in the afternoon somebody would come out with a gun in broad daylight with little kids running down the street, walking with their parents.”
The victim’s mother, Diedra Haynes, 51, laid eyes on the accused killer in the courtroom.
“He’s emotionless,” she said. “No remorse. No nothing.”