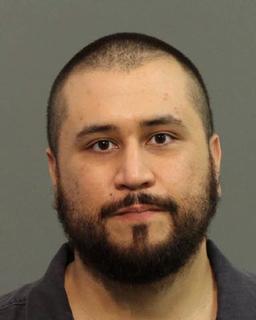 George Zimmerman fled Miami after someone threatened there was a huge bounty on his head.Zimmerman taped an interview last Tuesday with Univision and Fusion, and then took his girlfriend, her kid and his brother to the beach.  While they were catching some rays, people noticed him, started harassing him, and then someone shouted out George had a $10,000 bounty on his head.We're told it freaked him out and they all retreated to the hotel, but the crowd followed them.Security swept their room to make sure no one tampered with their stuff and then stood guard throughout the day and night. We're told Zimmerman did his CNN interview early the next morning and then beat it ... literally fleeing Miami.Fact is ... the bounty threat seems somewhat real.  There's a Black Panthers video online in which one of the leaders puts a $1 MILLION bounty on Zimmerman's head.