At his peak, in the mid- to late '80s, Magic had a rivalry with Kool DJ Red Alert, who had his own show on WRKS. They each had their own rap groups. Magic's Juice Crew featured such key names as Biz Markie, Roxanne Shante, Kool G. Rap and Masta Ace.

Mr. Magic, real name John Rivas, (died October 2, 2009), an important figure in the world of hip hop radio, debuted in 1983 on WBLS-FM in New York City with the first exclusive rap radio show to be aired on a major station. Billing itself as Rap Attack, Magic's show featured Marley Marl as the DJ and Tyrone "Fly Ty" Williams as the show's co-producer. Magic's reign on the New York City airwaves lasted six years and was instrumental in broadening the scope and validity of hip-hop music.

During the mid-80s there was a rivalry between Mr. Magic and Kool DJ Red Alert, who hosted a weekly show on WRKS-FM. The feud also played out between proxy rap groups, the Juice Crew and Boogie Down Productions (see The Bridge Wars). The Juice Crew - headed by Mr. Magic's on-air assistant, DJ Marley Marl - was named after one of Magic's aliases, "Sir Juice."

Mr. Magic was referenced in songs by many rappers. In 1982, Whodini paid respect to the DJ in their song Magic's Wand saying "the moment he went on the air / it was plain to see a new phase was here" and "in no time at all a star was born". 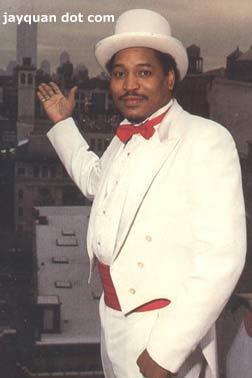 Tupac Shakur revealed that his early days were musically influenced by Mr. Magic who would "cut up the hits" in the song Thug Style on CD 1 of the R U Still Down? (Remember Me) album. Shakur also mentions Mr. Magic on the track, "Old School", from the 1995 release, Me Against The World.

Nas mentions "I miss Mr. Magic" in his debut single Halftime, from 1992.

In 1994 Mr. Magic was referenced on Notorious B.I.G.'s track Juicy as being one of his early influences: "Every Saturday - Rap Attack - Mr. Magic Marley Marl"

Queensbridge Emcee Blaq Poet from Screwball refers to Mr. Magic on his 2006 release "Rewind-Deja Screw" on the opening DJ Premier produced "Bang This", where he raps "I turn on my radio, I cover my ears, I cant have it, where the fuck is Red Alert? Where the fuck is Mr. Magic? I guess I gotta get with the times, my mindstate is 88' but my style is '09"

In 2002, he made a return as a DJ on Grand Theft Auto: Vice City's fictitious radio station Wildstyle Pirate Radio, portraying himself. Whodini's song mentioned above was also played on the radio, described by Mr. Magic as "a very special throwdown (...) this song is all about me and the Rap Attack"