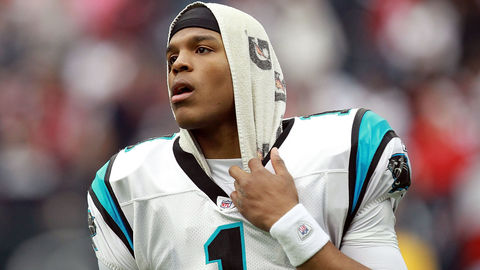 The accident took place around 12:30 p.m. ET, according to Charlotte police. Both Newton and the driver of the other vehicle were taken to the hospital with non-life-threatening injuries.

The Panthers released a statement saying Newton will be held overnight for observation but that the franchise quarterback "is in fair condition and undergoing tests at Carolinas Medical Center."

Preliminary tests performed on Newton indicate he escaped a rollover accident without suffering any fractures or other serious injuries.

Newton, 25, was conscious when he was transported to the hospital, a source told Werder.

A witness told the Charlotte Observer that Newton was "alert" but "in pain" at the scene of the accident.

The Charlotte Observer tweeted out a photo of Newton after he was removed from his vehicle.

In his fourth season, the former No. 1 overall pick has thrown for 2,812 yards, run for 425 yards and accounted for 19 total touchdowns this season (16 passing, 3 rushing) to go along with 11 interceptions for a Panthers team that remains in the hunt for the NFC South division title despite a 4-8-1 record.