[WE NEED ANSWERS] GRANDMASTER (Where the F*** did you come from): The Story Of A #SuckaDJ 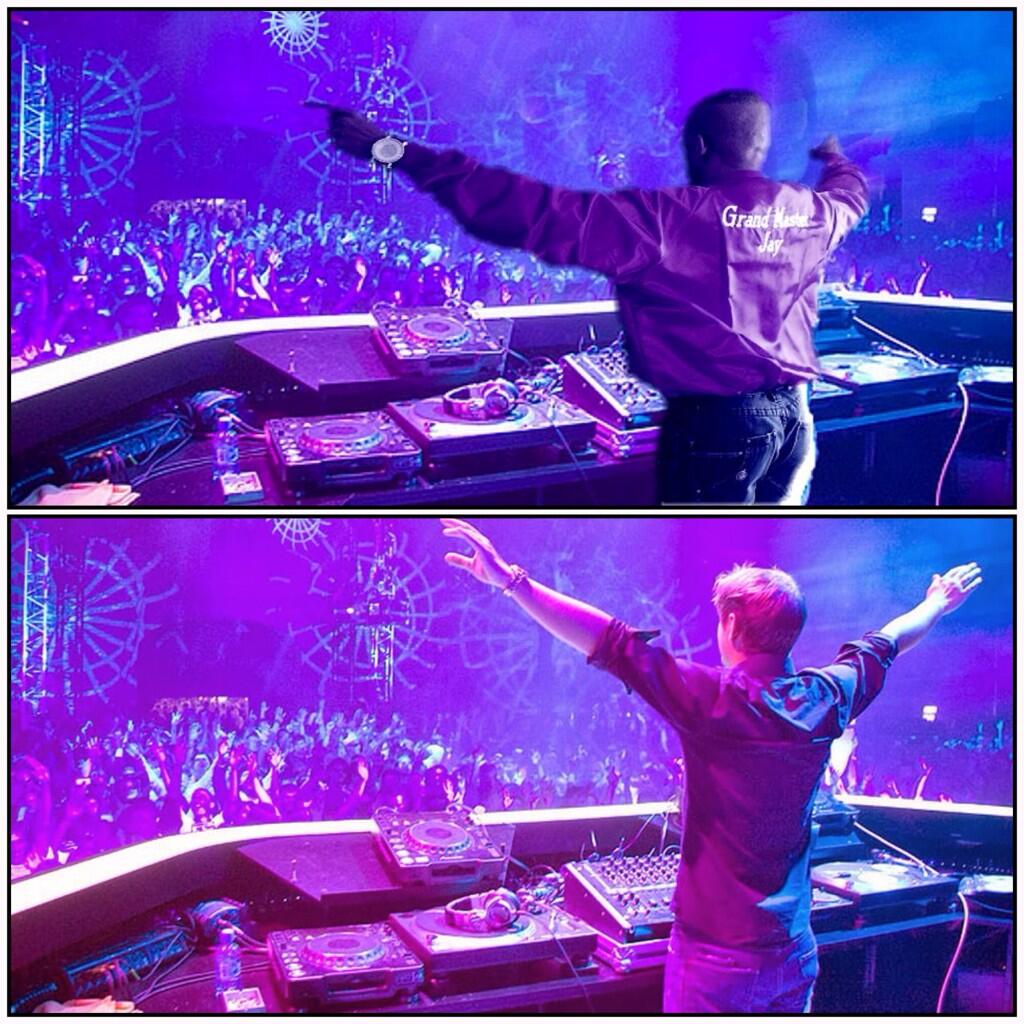 Somebody PLEASE STOP AVOIDING ME and TELL ME WHY MY FRIEND ARMIN WAS PHOTOSHOPPED OUT OF HIS CLUB ..

Was ARMIN smoking WEED in the club, No I.D., argued with the promoter, taking no requests ... naaaa, that nigga was PHOTOSHOPPED OUT OF the CLUN by "GRANDMASTER" JAY!

A WAVE BENDING DEVICE made by BEAMZ use to alter sound was introduce sometime earlier in the year ... I thought is was pretty cool  .. UNTIL THIS BULLSHIT SHIT CAME OUT.

HE ASKED MY VP TO COME TO THE CORE DRAFT in MIAMI & SHOW US (I had NO CLUE of this VIDEO) MOMENTS LATER ...... HE WAS OUTED by DJ JAZZY JEFF

can he get around them Corps, yep ... Good mouthpiece & talks that talk to them, yep ... clean cut, yep ... old AF and could be consider legendary if told to the right dumb ass, yep ...

in generally a good dude, its possible, he don't seem a threat to anyone ... BUT

1st, there is NO WAY you van DJ without POWER CORDS .. thats one,

second, there is NO WAY you can DJ without a MIXER, thats 2,

3rd - if you are a GRANDMASTER, who endorse you, it had to be Theodore, Flash, or Kool Herc ...

4th - its a WAVE BENDING INVENTION PEOPLE ... NOT A FUCKIN TURNTABLE, CDJ, OR EVEN A LAPTOP ...

6th - NO ONE WON A MIXTAPE COMPETITION WITH CASSETTE TAPES.

7th - DID The GRAMMYs BOARD FOR 4 YEARS ... NEVER SAW HIS NAME ON ANYTHING RESENT our HISTORICALLY

9th - that CHAIN is FAKE as the CAN it came from, ALL THAT BOISTEROUS tone that he uses DOES NOT FOOL ME ...

10th - I bet MAMA SYLVIA is ROLLIN in her grave right now with that NONSENSE about you being signed to SUGAR HILL RECORDS ...

11th - Can SOME PLEASE TELL DJ KOOL that GRANDMASTER SAID HE PRODUCED "Let ME Clear my THROAT" ... on VIDEO!!!! 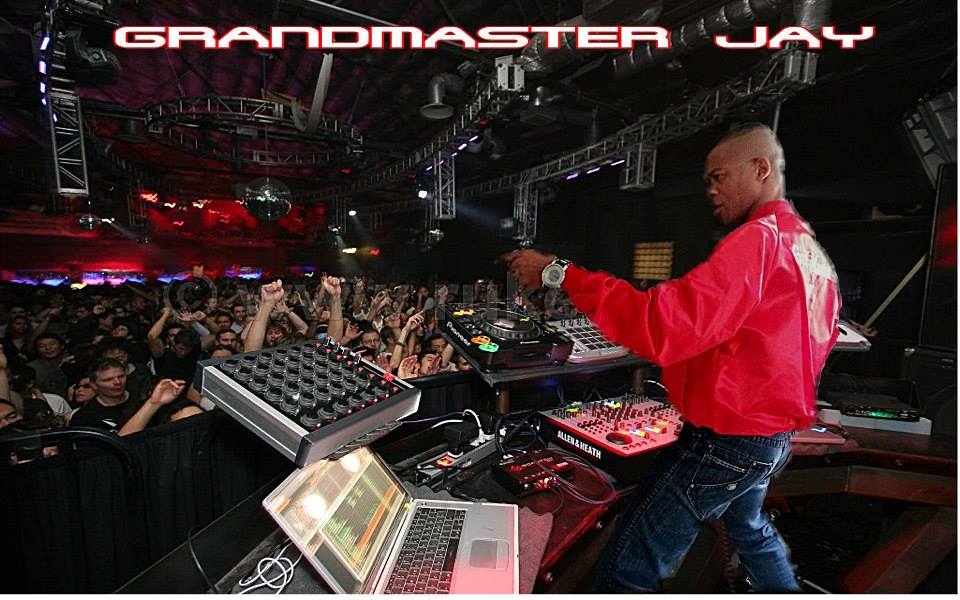 Tell me this "GRANDMASTER", where was them GUNZ when that ASS WUPIN was about to take place at the hotel hallway in 08 in New Orleans?

I ain't seen foo since then.

[ANOTHER ONE] DAMN, PAUL VAN DYKE COULDN'T EVEN GET TO THE CLUB BEFORE GRANDMASTER JAY STEPPED IN AND TOOK HIS PLACE, HUH .. hahahahaaa!!! 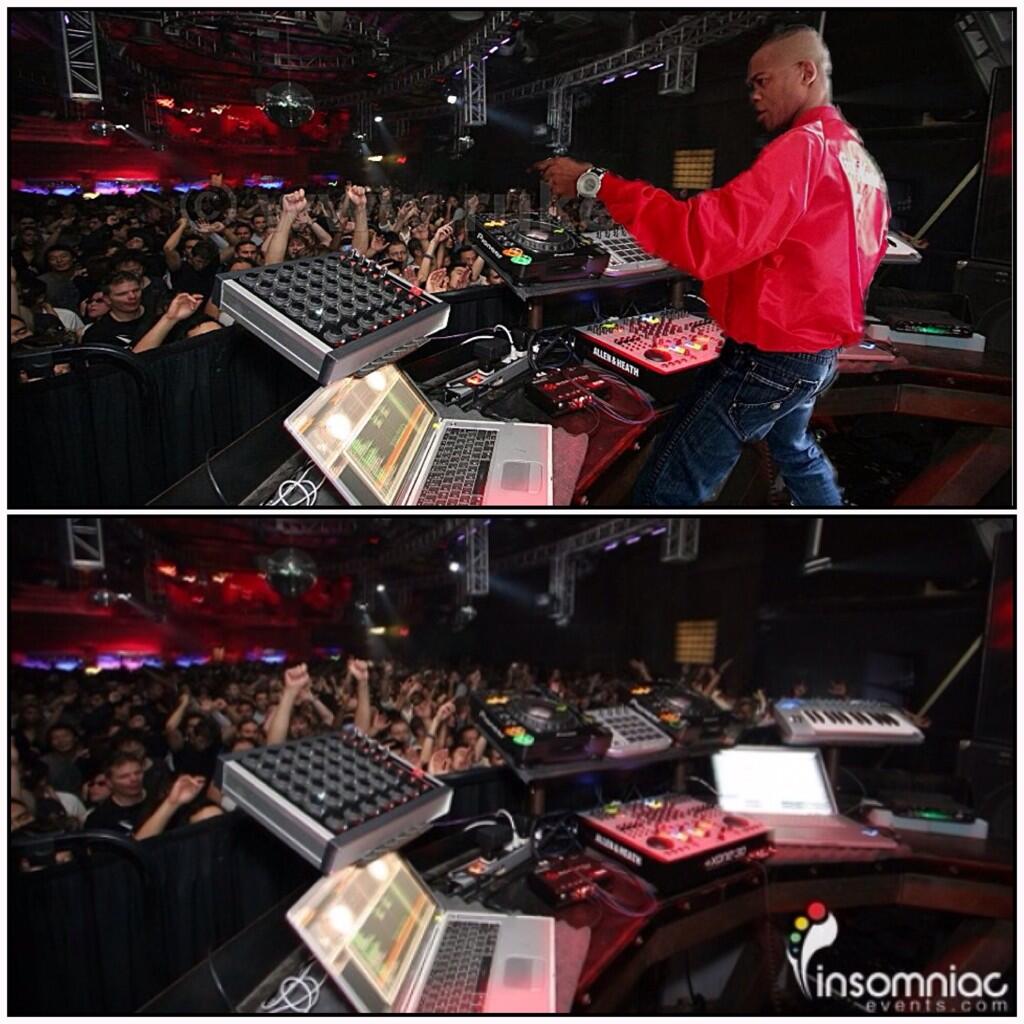 Why get mad at us ... we are NOT Jeff nor are we GRANDMASTERS ... why tell people you are MASON when you DEF ARE NOT THAT ...

Oh, I could go on and on about this foo. where are the PICTURES from your "LEGENDARY DAYS" since you've been around before ALL of us .. seems like its a lot of PHOTOBOMBING AND PHOTOSHOP GOING ON just in these last 6 years.

CHECK THIS OUT ... THIS FOOL came to our CONFERENCE in NEW ORLEANS with a SPONSOR SAYING he had the CURE FOR CANCER in BOTTLED WATER ... they sponsored the conference but didn't get the results they thought (Duuhh) ..

HIM & his muthafuckin CANCER WATER got KICKED the FUCK out of the hotel.

ALL THIS TO SAY AGAIN ... WHERE DID ARMIN GO ON THAT TOP PICTURE, the music game will never know ...

(I think that's what it was called)

Anybody heard of it or remember it? You stick your hand through the loops to trigger and change sound patterns. It was a game to see how well you could remember patterns.

It also taught her how to learn rhythm.

Anyway,...why on earth would a serious D.J. even think twice about something like this?

Ohh, and about this guy endorsing it?

He definitely needs his ass kicked for the fake photo and shit.

What is he, like a bootleg version of JAM MASTER Jay?

I always stress for my clients to do their research! There's frauds all around us. THIS GUY lost his damn mind!

need another beat down

smh brother needs help he on that molly tip!!!