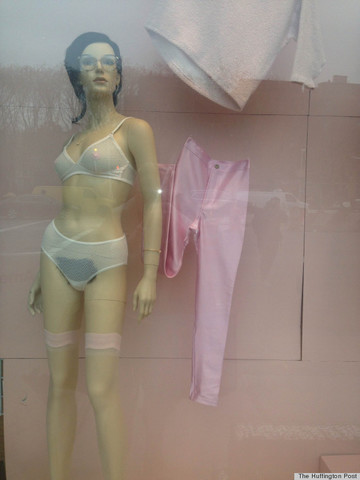 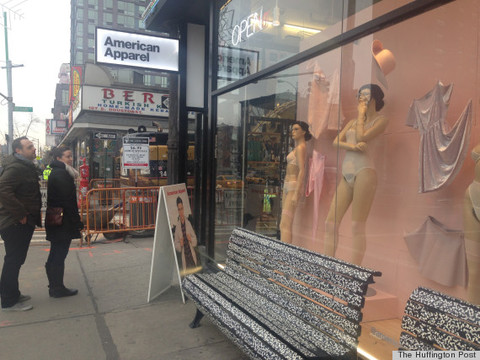 The always controversial retailer got people talking yet again, this time with store window mannequins adorned with pubic hair. Gothamist spotted the mannequins in New York City at the East Houston Street location of American Apparel, which has been stopping people in their tracks. (But did they then go into the store to buy the brand’s panties??)

The Huffington Post spoke to an associate at the store, who said that the mannequins went up at 3am on Thursday morning and were meant to convey the “rawness and realness of sexuality.” They’re aimed at drumming up sales around Valentine’s Day, and it would appear it’s already working: Curious pedestrians have been crowding around the store taking photos, and American Apparel has received a barrage of media inquiries.

American Apparel has a history of using pubic hair in its imagery, potentially for shock value (a trademark American Apparel strategy). Just last fall, the store sold a graphic T-shirt containing an image of a menstruating vagina with hair-down-there, which caused an online stir. Before that, American Apparel released a 2011 ad featuring a model in sheer underwear with — you guessed it — visible pubic hair.

It’s clear Dov Charney, the founder and CEO of American Apparel, has no issue using jarring imagery related to female genitalia, either as a calculated move to court controversy or as an empowering statement on the female body (or both). Do these mannequins make you want to buy American Apparel clothes?