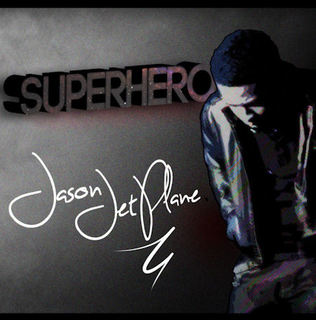 Produced by DFG Music Group and the artist himself, Charlotte, NC crooner Jason JetPlane is rapidly ascending beyond the clouds with debut single and video "SuperHero."

Charlotte, NC- Taking off at the speed of his sensual “electric soul” sound, JetPack Universe recording artist Jason JetPlane is quickly ascending beyond the stratosphere fueled by his debut single and accompanying video “SuperHero.”

Produced by DGF Music Group and Jason JetPlane himself, “SuperHero” is currently in mixshow rotation on Charlotte, NC’s Power 98 and throughout the state on stations in Raleigh and Fayetteville. The lead single is from his digital EP Blackbox Vol. Love, which will be available for download early this Summer.

“Blackbox symbolizes my heart and this EP is a musical expression of my inner being,” Jason JetPlane explains, “sort of how all jets and planes carry the innermost important records of that plane. Love is bittersweet. This is my journey, so far.”

Born in Keflavic, Iceland and raised in Charlotte, North Carolina, Jason JetPlane has developed a style like no other. Blessed with a brilliant tenor voice, astounding production prowess and gripping lyricism, this sensuous singer/songwriter has an almost trancelike effect on anyone who listens.

JetPlane has already won numerous awards, including a New York Urban Music Explosion award as well as Best R&B New Artist at the Carolina Music Awards, which was co-founded by Grammy Award winner Randy Travis. Considered by many industry insiders to be the next to watch, Jason JetPlane is flying high off his debut single and accompanying video “SuperHero.”And he has no plans of landing any time soon.