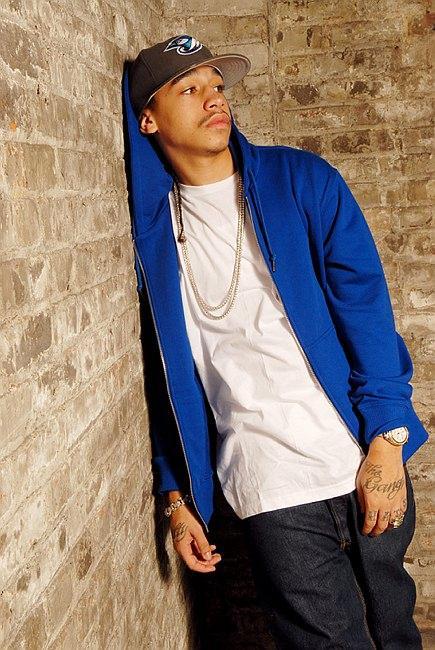 The man shot at the Beverly Center mall this afternoon was identified as Atlanta-based Dolla, whose real name is Roderick Anthony Burton II, according to his publicist, Sue Vannasing. She said Dolla was shot in the head around 3:10 p.m. while he and another rapper, D.J. Shabbazz, waited in the area after shopping at the popular Westside mall. A friend who was with the rapper at Beverly Center also confirmed his identity to The Times.

About two hours later, Los Angeles police detained a “person of interest” as he attempted to board a plane out of Los Angeles International Airport. The man allegedly drove his silver Mercedes SUV from Beverly Center to the airport. Vannasing said Dolla had gotten into an altercation with other passengers on a flight from Atlanta to Los Angeles, but it's unclear if that was related to the violence.]

[Updated at 5:15 p.m.: Police have arrested one "person of interest" in connection with the shooting but were looking for a second suspect.]

[Updated at 5:40 p.m.: The arrested suspect, who fled from the mall in a silver Mercedes, was detained at Los Angeles International Airport while trying to board a flight. Police said the shooting took place in the valet waiting area of the mall].

LAPD officials said that officers were sent to the mall on a report of a group fight, possibly involving a knife. LAPD Sgt. Ronnie Crump said two suspects ran in the direction of Beverly Hills.

At a Chipotle restaurant in the mall, several people were eating when the shots rang out.

An employee who was behind the restaurant, near the mall’s valet parking service, saw the tail end of the dispute, Hernandez said. “He saw a lady ... shooting a handgun,” Hernandez said.

Me_kjv70vncThe center is normally quite peaceful, said Hernandez, who’s worked at the restaurant for six years. “This is the first time this has happened here,” she said.

Comment by dj ragman on May 21, 2009 at 8:07pm
R.I.P MAY GOD BE WITH YOUR FAMILY.THIS TYPE OF THING NEED TO STOP.YOUNG BLACK MENS
KILLING YOUNG BLACK MENS

Comment by TooFresh n Tha FlyGang on May 19, 2009 at 5:53pm
RIP DOLLA DAMN SHIT IS FUCKED UP OUT HERE SENSELESS VIOLENCE IS NOT CALLED FOR DO U N LET OTHERS DO THEM EZZZZZZZZZZYYYYYYYYYY FROM DA KY