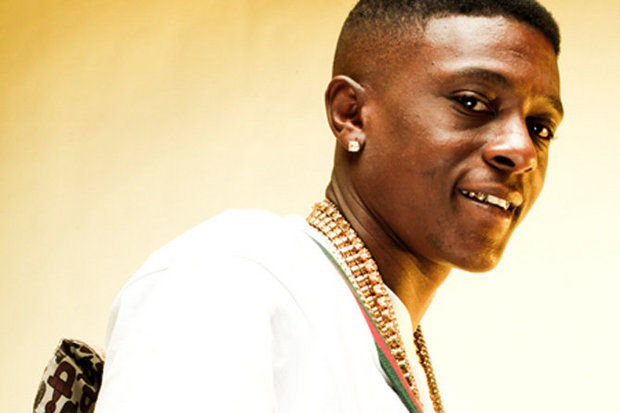 Torrence Hatch, aka Lil Boosie, should be out of prison in time for a March 10 event, according to an Atlantic Records representative. Media entities were sent invitations this week to a press conference offering interviews with the Baton Rouge rapper who is currently incarcerated on drug charges at the Louisiana State Penitentiary.

"He will absolutely be there," said Ashley Kalmanowitz, the Atlantic Records representative. "He'll be speaking to the press for the first time ... after his release."

Rumors have circulated regarding Lil Boosie's release date since he first entered the prison system, most recently picking up speed after his brother and manager, Taquari Hatch, told NOLA.com he expected Lil Boosie to be released in February 2014.

The Louisiana Department of Correction's automated Offender Locator system still lists Torrence Hatch's release date as May 20, 2014 but it's possible that date has not yet been updated to reflect recent changes. DOC spokesperson Pam LaBorde said the system takes about 24 hours before it reflects any changes.

The media invitation features logos for both Atlantic Records and the Trill Entertainment label, but Kalmanowitz would not comment as to whether or not Lil Boosie had signed a deal with Atlantic.

"(Lil Boosie) is actually going to be clearing all that stuff up for everybody there, so I'm going to let him relay that information," she said.

Rumors about the rapper's plans for signing a new record deal circulated late in 2013 after fellow rapper and Maybach record label executive Rick Ross alluded to a possible deal on the table.

Vibe also put together a list of the 10 Lil Boosie tracks "you need to hear," for those wondering exactly why the rapper's release from prison is such good news for many fans.

"The reason people are clamoring to see Boosie released from jail is because he’s an incredible rapper, plain and simple," writes Vibe's Max Weinstein. Among the songs chosen for the top 10 list are "Top to the Bottom," "Dirty World" and "This Is What Made Me."

Hatch's prison stay began in 2009 when he pleaded guilty to a third-offense marijuana possession charge, earning him a total of four years when the judge determined Hatch had also violated probation. In 2011, Hatch pleaded guilty to attempting to smuggle drugs into prison, which added eight years to his sentence.

In May 2012, Hatch avoided more time when a jury acquitted him in the 2009 murder of Terry Boyd. Michael "Marlo Mike" Louding was sentenced to life without parole July 9 for the Boyd slaying.