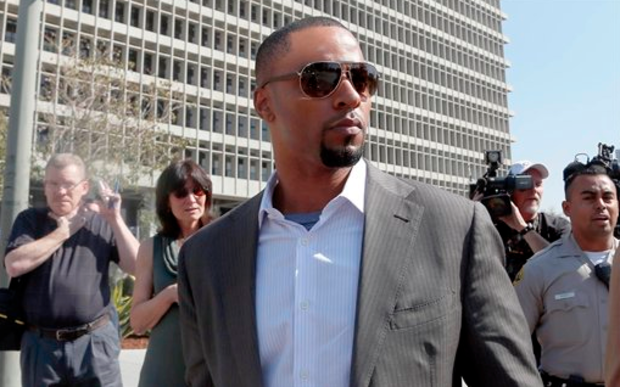 Former Saints star Darren Sharper has been indicted on charges of drugging and raping two women in Tempe, Arizona, according to his attorney there, Skip Donau. Sharper was indicted on two counts of sexual assault and three counts of administering a dangerous drug.

Calls to Tempe Arizona police and the Maricopa County Attorney's office were not immediately returned. According to a Tempe Police report, three women accuse Sharper of drugging them at an apartment there on Nov. 20 with what the victims believed were shots of vodka laced with drugs and then raped two of them.

The report cites a police officer who was told one of the women "believed Sharper had 'slipped her a Molly' in a previous incident," in reference to an ecstasy-like drug often used in date-rape cases.

Sharper, 38, is also accused of raping two women in New Orleans last September. A warrant was issued for his arrest two weeks ago, and he has been in a jail in California. But he has not been charged by Orleans Parish District Attorney Leon Cannizzaro's office. His office confirmed Wednesday that Sharper's case has not yet been presented to a grand jury.

Sharper is suspected of raping nine women and drugging 11 in five states, including Los Angeles, Miami and Las Vegas.

The Tempe police report narrates the initial investigation of an alleged assault Nov. 20, after Sharper went out drinking with at least two women in Scottsdale. The report said Sharper was an acquaintance of one of the women and that the group went out drinking to a club called The Mint and later at another location, American Junkie. At that second location, one of the women "began acting strange," the report said, "falling asleep sitting at the table and was unable to carry a conversation."

The report then mirrors a report filed in California last week by a Los Angeles Police Department detective, who cited the Arizona investigation. In that document, the detective said one of the women blacked out after drinking a shot offered by Sharper after the group returned to the apartment where the alleged rapes took place. That woman didn't regain consciousness until 8:30 a.m., the detective wrote.

Another woman began to feel "physically strange and disoriented" after drinking what Sharper offered and went to her room to lie down. Later, she went to the bathroom and observed Sharper on top of one of the women on the living room couch "with his buttocks exposed moving in a thrusting motion," the court filing says.

The third victim awoke in the morning naked from the waist down and had no memory of anyone removing her clothing.

The narrative by the LAPD detective said the cup Sharper used to provide one of the drinks in Arizona tested positive for zolpidem, or Ambien.