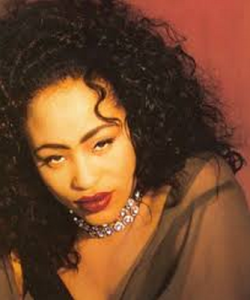 It’s the story everyone is talking about. Or should we say It’s the question everyone is asking: is singer Brandon Howard the son of Michael Jackson?

So far a DNA test, which came out positive, has been mostly debunked and some are saying the father is Joe Jackson or someone in the Jackson family. However, the Jackson brothers recently stated there was no truth to that rumor as well.

Finally, musician Augie Johnson, whose vocal group Side Effect featured Brandon’s mother, singer Miki Howard, said that he’s Brandon’s father. Interestingly, based on the response we’ve seen, most people don’t believe him. It’s as if they want to believe that Brandon Howard really is Michael’s son or at least a Jackson. Miki Howard 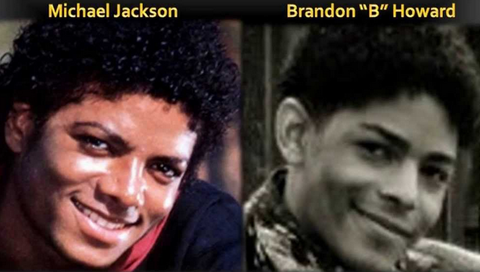 Well, there’s really only one person who can speak on the situation with any authority and that of course is Miki Howard herself. And she finally addressed the situation in a statement. But unfortunately her response doesn’t really answer the question. On the other hand, she definitively states that she is not Billie Jean. MJ & Brandon

“I love and support my son and the Jackson family. The Jacksons are good very friends. They are beautiful people and have always been loving and supportive of me and my career. As to this claim – at this time I am not at liberty to discuss this as it is common practice in our business that celebrities have non-disclosure agreements. And, we are NOT suing anyone,” Howard said.

ACCORDING TO MY SOURCES & THEY ARE CERTIFIED. SHES LYING & HE IS! LOL

HE PROBABLY IS SOME HOW THE PROTIGENY OF ONE OF THE JACKSONS MOS DEF . I HAVE A FRIEND WHO IS PART OF THE FAMILY I WILL MOS DEF ASK THAT PERSON NEXT TIME I SEE THEM LOL!

Let's remove the bullshit statement from Miki Howard about 'not being at liberty to discuss' the matter.

That statement blows so much smoke up our asses, we could all get lung cancer.

Also, to say they are NOT suing anyone, says to me that they can't sue anyone over something that is possibly umm,...(wait for it) THE TRUTH

Now as for the dude Augie Johnson.

The reason people don't believe he's the father of Brandon is because WHY???

Brandon really doesn't look shit like him for real. LOL!

Sorry Auggie,...I think M.J. (or possibly "Joe") fucked your lady while she was spending time at the Jackson's home some years ago.

And yes I said "Joe". We all know he was ladies man back in the day, and judging from all his kids; he was packing MUCH sperm. Don't even act like y'all don't know.

Last but not least. Miki said she is NOT Billie Jean. Of course not. The lyrics don't fit her.

"Billie Jean is not my lover,

She's just a girl who claims that I'm the one.

But the kid is not my son".

In order for her to be Billie Jean, she would have not been his lover and claim to have his child. Get it?.

It's pretty clear. Miki is not 'claiming' anything. Why?

Because she KNOWS who the father is and she's not telling. At least not for now.

Or until the shit hits the fan and someone comes up with enough evidence to blow us all away.

While we want to believe Michael is the father because of Brandon's uncanny resemblance and his talents; there is one harsh fact U can't deny.

If there is "Jackson" in Brandon's DNA, it didn't have to come directly from Michael.

The only other person who could produce a son who would look just like a Jackson is the father of the Jackson's himself,...Joseph.