JAFEEZIE has not received any gifts yet

Welcome to The Core DJ's Network! What is your Name? (PHOTO IS MANDATORY)
ES

What is your PURPOSE for JOINING the CORE DJ RADIO NETWORK?
TO NETWORK

The unsigned JaFeezie is a Texas rap artist that has a new sound that is very sweet. This sexy rapper has some smooth lyrics to his rap music that anyone can appreciate. If you like old school rap, he has that sound totally down. He also has some new skills, from the sounds of it. It is not easy to find new music that is so good right from the start, but this guy has some serious skills that you probably won't find anywhere else. Talk about originality in both lyrics and use of sound. You can feel his personality through his music, spilling out for the world to see. JaFeezie's fresh new album, Birth of a Legend, promises to be a big hit after its release,this is his second album a follow up to His first album "Hustle or Die". JaFreezie began his career at the young age of 14, when he would perform for family, friends and for small gigs. He has continued and it looks like it will be a prosperous career. "Everybody's life has love, hate and pain in it," Jafeezie said. "Making music is my way of dealing with it, growing from it, and moving on." Born in Kingston, New York, JaFeezie’s life was changed forever when his parents divorced and he moved to Dallas, Texas with his Father at the young age of 2. But that was the first of many moves, as JaFeezie quickly found himself going from Texas, then to Kansas to live with an Aunt, then back to Texas again. As a result of his turbulent youth, JaFeezie says this made him turn away from his peers and from his parents to where he found his true talent: rapping He mixes East and West coast styles and a bit of the Old South as well. The smooth mix is a bit different than what you may have heard before, thanks to his own styles. If you like any form of rap music, you will enjoy hearing the sounds of this Texas rap artist. The website itself features the rap artist's sample music from his new album, Birth of a Legend. It also lets you know that you should request the first cut single, I got Paper ft Chris Brown, at local radio stations. The website has a complete bio, about how the rap artist grew up and where he is now. There are photographs, more information about his career and now there is a message board, where fans can connect with one another. If you want to get to know the man behind the rap music, you can contact him via email. The rap artist from Texas welcomes fan mail. 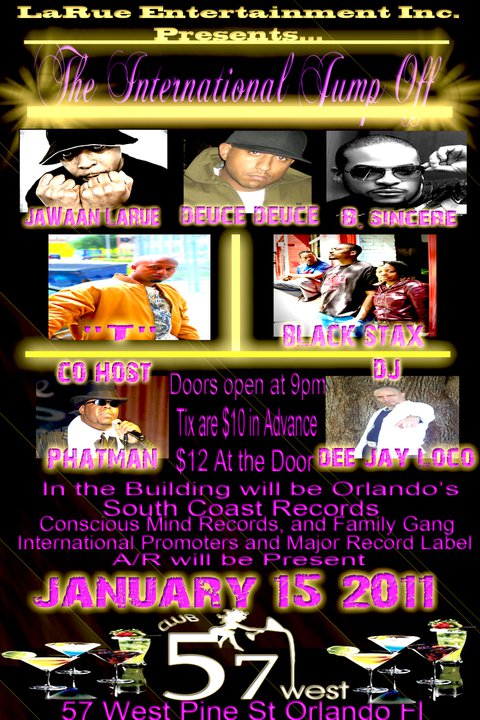 Dallas, Texas rapper/songwriter Jafeezie is a multi-talented musician who has stepped up his rap game to a superior level since his last two album releases “Hustle or Die” & “Birth of a Legend” bringing us to the newest chapter in Jafee’s career with his brand new hit single “What’s Good” (listen via REVERBNATION) featuring soulful singer Maskerade on the vocal choruses. If you don’t know about Jafeezie yet he was born in Kingston, New York prior to moving to the South with family. After… Continue