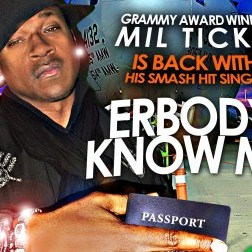 Welcome to The Core DJ's Network! What is your Name? (PHOTO IS MANDATORY)
Mil Tickit

What is your PURPOSE for JOINING the CORE DJ RADIO NETWORK?
Networking, Distribute Music to DJ's, Stay updated on Core DJ's news, To support Tony Neal & The Core DJ's

What's Your Title/Business (What do you do?)
3x Grammy Producer, Artist, Speaker

How did you learn of The Core DJ's Network?
Been supporting the Core DJ's for many years.

Mil Tickit is a native of the Chicago, Illinois area, with some time spent in Oakland, California pursuing his entertainment career. He got his start in the music industry with dancing, writing, arranging and producing. He has performed on various national tours such as the Hard Knock Life Tour; Ruff Ryder's Tour, Cash Money Tour, True Value Tour, Jingle Ballers Tour, and J.Cole. He has performed alongside of many artists such as Jay Z, Lil' Wayne, Ludacris, Waka Flacka, Meek Mills, Rick Ross, Kanye West, User, DMX, Aaliyah, R. Kelly, Nelly, Method Man, Redman, Pink, 3LW, Destiny's Child, Ja Rule, Eve, E40, and many others. His production credits include producing for Ludacris, Pheave, Chingy, Rueben Studdard, R.Kelly, Shawnna and other notable artists. His recent production work has been to create music for Plies, Ludacris, Puffy, 2Chainz, T.I., Rick Ross, Jeezy, Missy Elliott, Pitbull, and various upcoming artists. Mil Tickit has won 3 Grammy Awards for his work on the Best Rap Album of the Year with Ludacris, Single of the Year with Lil Wayne for the track "A Milli", and Album of the Year with Lil Wayne including a Grammy nomination for Best Rap Duo Performance for the Ludacris featuring Field Mob and Jamie Fox "Georgia" Track. With such a high caliber of production work done for some of the most successful artists in the music industry, Mil Tickit will be bringing forth the best of his talents to his solo album production set to be release in the fall of 2012.

CHI CITY IN THE BUILDING ONE TIME FOR THE HOMIE MILTICKET, LETS GET IT!! C'S UP!!! 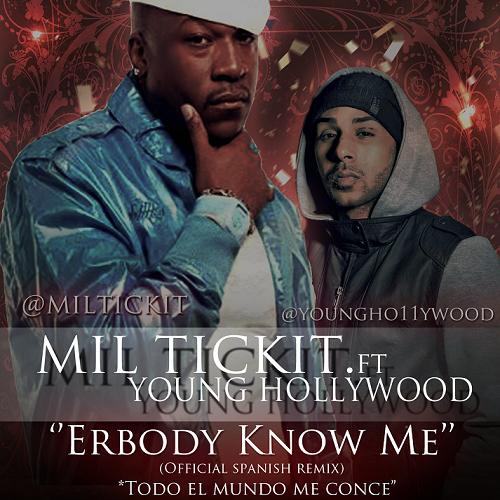