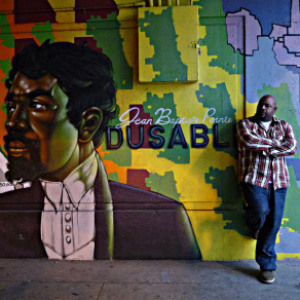 What's Your Title/Business (What do you do?)
Emcee

Precise has not received any gifts yet

"My duty is to preserve this culture and utilize my gift to uplift and educate my people specifically the youth." —Precise

Precise defined is an exact calculation; profound with much reflection…The essence of hip hop is personified through a precision otherwise known as Precise.

Born of Haitian ancestry, Precise hails from the Southside of Chicago's Wild 100's.

As a member of the group Nubearth, Precise represents the quintessential emcee by moving crowds at venues such as The Double Door, Tommy's Place, Negro League Cafe and The Lab in Chicago and at a host of universities across the United States. His most memorable performance was alongside Common at Northern University. His first single, One Thought (G VISION Entertainment), established Precise as a successful rapper/producer who had been in the music industry for over a decade.

This will prove to be the breakthrough year for Precise, an artist who is eager to preserve the character of his beloved hip hop. It's on Me is the debut album of this talented Chicago artist and it features Wu Tang Clan's Cappadonna. Production credits include Tyehill and DJ Thunder of Violators, and Jak Frost. With a new, explosive and dynamic sound, lyrically, Precise brings Chicago to the forefront with his music and does his city proud by remaining true to its unique musical heritage.

Chi said…
Nice! Thanks that a great blessing to take with me into the New Year.

Ang13 said…
u are down what is it you wanna do with me?

St. James said…
send me the music and graphics to st.james17@gmail.com

My bad on the Haitian flag! We'll add the love!! lol

I am so happy to have been involved in my small way with this project. Me and three of my children make a cameo at about 2:40

The United States is the greatest country in the world and I feel so grateful to live here. What I have noticed in this time of such great change is the new commitment to family. Our President-Elect Barack Obama represents the example of of what we are moving toward when it comes to taking our families back.

I've been through a… Continue