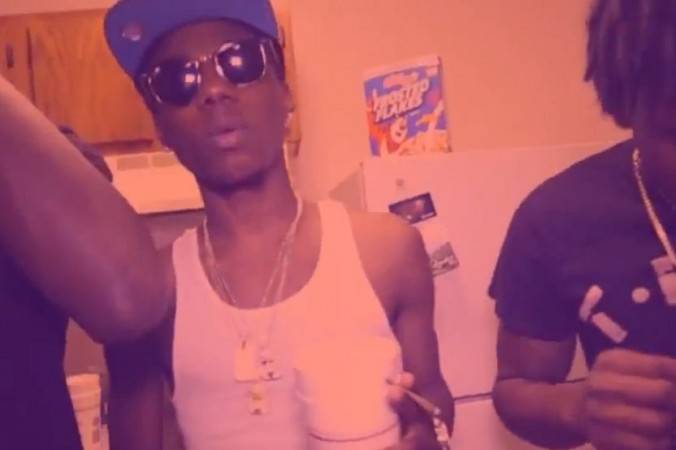 Speaker Knockerz, an unsigned rapper and producer from South Carolina, has died, according to reports citing the Richland County Coroner’s Office.

WIS-TV reported that there was “no foul play suspected in Columbia rapper’s death,” and said the 19-year-old artist died at home.

Watts’ office is waiting for a toxicology report to determine what caused his death.

The WIS-TV report was taken as a screenshot and shared as a photo on Twitter, which later went viral.

Local newspaper The State also reported on his death on Friday afternoon. The report said that McAllister was found dead in his garage.

Watts told the paper that an autopsy was carried out on Friday, showing no signs of trauma.

The Richland County Coroners Office and the Sheriff’s Department are investigating.

Elevator Magazine also said that McAllister’s death was caused via an “apparent heart attack,” and added that he was missing for the past few days. His mother was trying to find where he was, the magazine also said.

According to a screenshot posted by Elevator, his mother Mesha Wilson wrote on Facebook: “Thank You all SOOOOO much for your outpouring of love and kindness you have shown my family and I during this extremely difficult time.”

She added, “My baby,” and included a photo of the rapper with angel wings.

Before the WIS-TV report on Thursday morning, apparently some people were tweeting that the rapper was found dead after Wilson and other family members said they were looking for him.  ”Please say a prayer for my son Derek McAllister … We are trying to find him. He was last seen 3/4/14 [at 11 p.m.] in a black Camaro 2013,” she said a few days ago. “It’s not like him not to communicate or come home for this long period of time … Or show up for a music meeting/session … I pray that my son is ok.”

Some Twitter users were questioning whether he actually died.

“Everybody sayin’ Speaker Knockerz dead but I found no legit sources on the internet,” wrote one person on Twitter. Added another, “Who confirmed speaker knockerz death?” Said another person, “Speaker knockerz really died ? … I still don’t believe it tho.”

There’s been a number of fake death or arrest reports that have trended on Twitter in recent months, including ones about Lil Wayne, Lil Boosie, and others. Some Twitter users made reference to the hoax reports in questioning whether McAllister was found dead.

But a large number of people on Twitter offered their condolences, tweeting “RIP Speaker Knockerz.”

“I can’t believe my favorite rapper died – I hope it’s not true,” wrote one person.

Said one user, “Speaker Knockerz was so young bruh did not even reach his full potential yet.”

A report last week said that Speaker Knockerz was slated to perform at the Florence Civic Center on March 22.