A picture of Keyshia Cole giving a man oral sex hit Twitter last night. For years it has been rumored that Keyshia has a terribly nasty attitude. Maybe she’s being targeted because of it

this is what she had to say in defense on twitter: 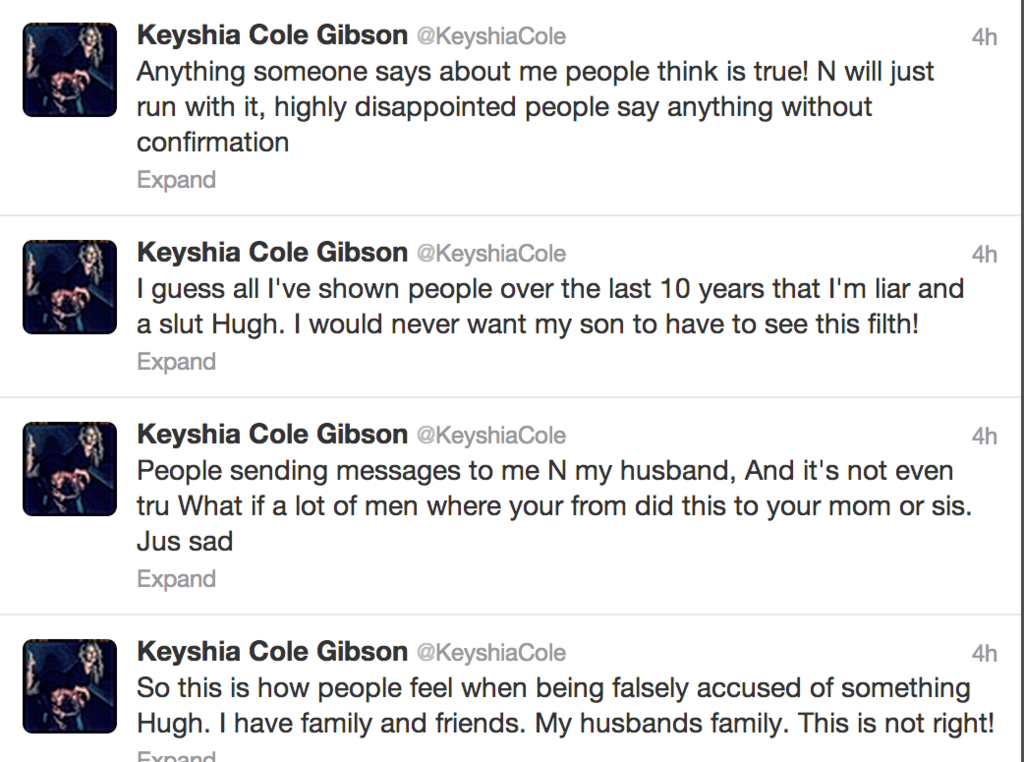 Keyshia is now married and has a child, but that doesn’t stop old dirt from coming to the surface. This is an example that we need to be mindful of our actions. When you know better, you do better