Miami was filled with celebrities who were winding down Art Basel celebrations over the weekend, but it sounds like things turned sour at club LIV on Sunday night, when Diddy and Drake crossed paths, at a birthday party for DJ Khaled.

MTV News was able to confirm the fight with a source who witnessed the incident, while Rick Ross’ DJ, Sam Sneaker, gave a detailed account on his Twitter.

Rumors have swirled that the dispute was over Puff’s longtime girlfriend Cassie, but we’re being told that is untrue. There are also reports that Drake was hospitalized after the scuffle, but MTV News wasn’t able to confirm.

Details are still light, but you can check out Sam Sneaker’s tweets below. 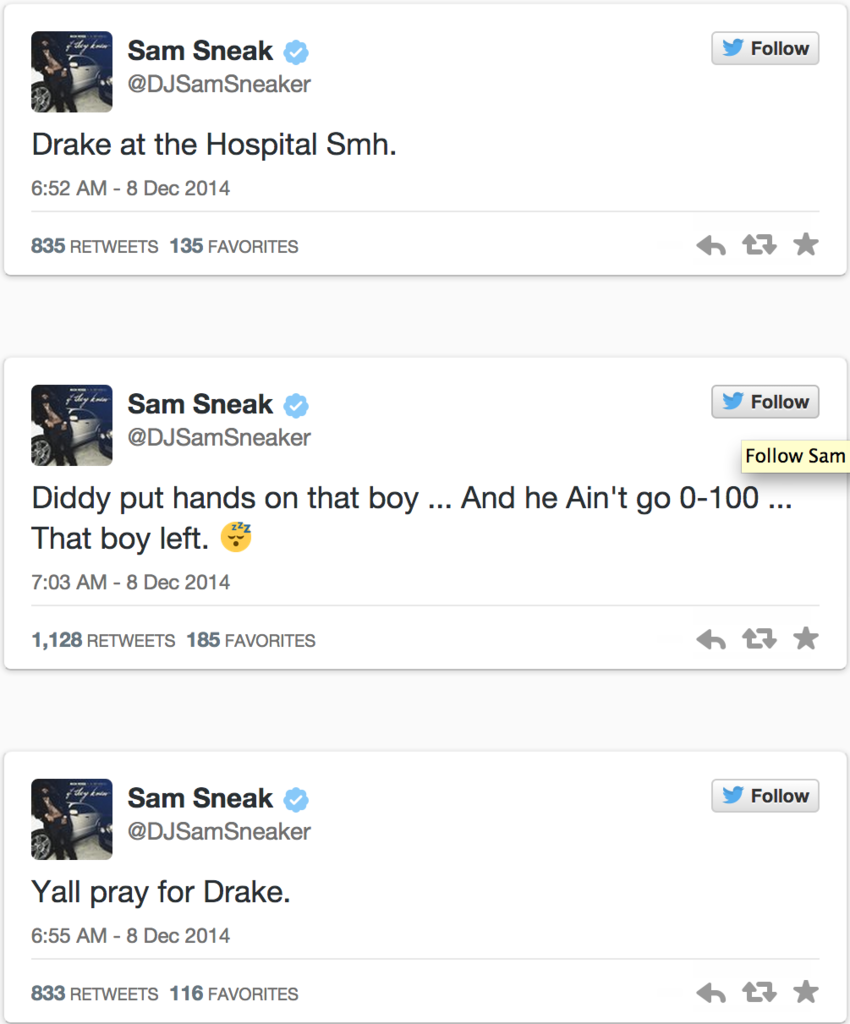