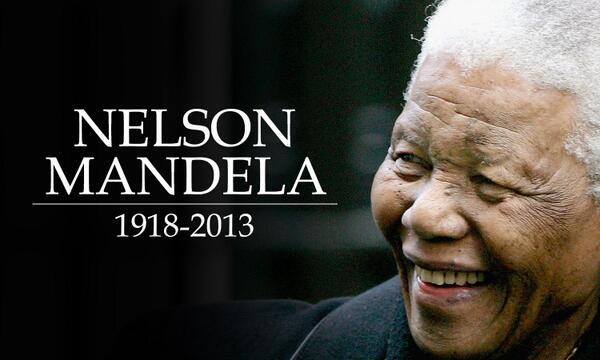 He had been receiving intense home-based medical care for a lung infection after three months in hospital. In a statement on South African national TV, Mr Zuma said Mr Mandela had "departed" and was at peace.

1956 Charged with high treason, but charges dropped after a four-year trial

1962 Arrested, convicted of incitement and leaving country without a passport, sentenced to five years in prison

1964 Charged with sabotage, sentenced to life

"Our nation has lost its greatest son," Mr Zuma said.

The Nobel Peace Prize laureate was one of the world's most revered statesmen after preaching reconciliation despite being imprisoned for 27 years.

He had rarely been seen in public since officially retiring in 2004.

"What made Nelson Mandela great was precisely what made him human. We saw in him what we seek in ourselves," Mr Zuma said.

"Fellow South Africans, Nelson Mandela brought us together and it is together that we will bid him farewell."